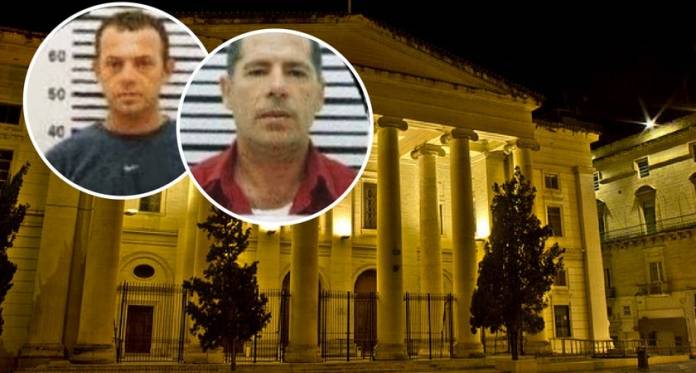 A magistrate will decide the fate of a money laundering case involving two men who stand accused of carrying out the murder of investigative journalist Daphne Caruana Galizia, not a Judge.

The decision to allow this judicial process to go ahead came as there was no additional evidence that the prosecution could present.

The Attorney General in turn decided to allow the Magistrate’s court to decide the case over a Judge led one.

Under a magistrate, a possible conviction could lead to a fine of €250,000 or 9 years of jail time, or both depending on the circumstances. Had a Judge presided over the case, they could face 18 years in prison and a €2.5 million fine, or both. This latter punishment is the maximum that Malta’s anti-money laundering laws currently extend to when tried in a Criminal Court.

The brothers had declared themselves to be unemployed with inactive bank accounts and patchy tax history. They were however the owners of expensive cars and boats. All three are pleading not guilty to the accusations.

According to the prosecuting inspector Antonovitch Muscat, the accused’s financial behaviour had been under the spotlight during the investigation into Caruana Galizia’s murder. Tip-offs to the police had also heightened their suspicions, eventually leading to the brothers facing joint charges of money-laundering back in June 2018.

According to the Maltese Criminal Code, the Attorney General can allow the case to be tried in a Magistrate’s court, ‘on account of the absence of circumstances constituting an offence within the jurisdiction of the Criminal Court.’

The brothers have re-applied for bail despite a previous attempt in October 2018 which was dropped in the Criminal Court by Madam Justice Edwina Grima. This had previously been upheld following an appeal by the Attorney General.

Degiorgio brothers granted bail over money-laundering case; Will remain behind the bars

Assessing their appeal for bail, Mr Justice Grixti said that the AG needed to support his accusations that the accused by denied bail by provide evidence. The partner Ms Pop, was granted bail in July 2018.

Both men, along with Mr Vincent Muscat, are facing a preliminary hearing on October 31st towards a bill of indictment on the murder of Daphne Caruana Galizia.

The three men are accused of planting a car-bomb in the vehicle that Caruana Galizia had been driving on October 16th 2017.