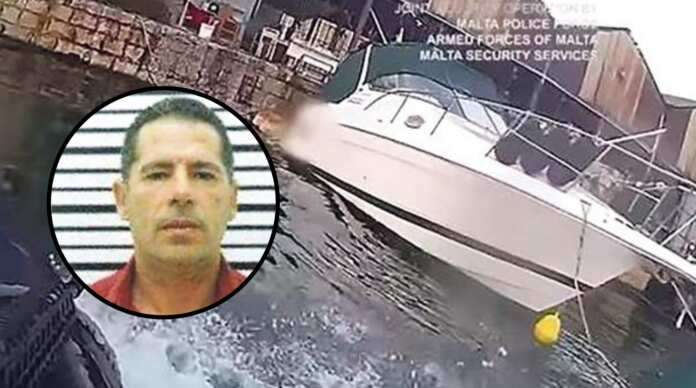 One of the three men accused of murdering Daphne Caruana Galizia claimed he fell victim of a frame-up. George Degiorgio, known as iċ-Ċiniż was identified by the Police as the person who triggered the bomb that killed Caruana Galizia.

Degiorgio was on his boat, Maia, under the Great Siege bell in the Grand Harbour in Valletta at the time the SMS triggering the bomb was sent. This evidence was presented to the Police.

Daphne Caruana Galizia was murdered on the 16thof October when a bomb was attached to her car and triggered from a remote location via SMS.

The three men were arrested last December and were charged in court with the murder the journalist. The three of them are known for committing a series of serious crimes. However, in the constitutional application presented this morning, Degiorgio’s lawyer asked the court to declare that his clients right to a fair hearing was breeched.

Degiorgio sustained that although the prosecution showed a footage of Maia entering and leaving the Grand Harbour, one of the officials presenting the footage claimed that he was not morally sure that that the ship shown was Maia.

The Police asked the court to nominate experts to identify all ships which entered and departed from the Grand Harbour between 2.30pm and 3.30pm on the 16thof October and compare them to Maia.

The defense lawyer said that the prosecution did not only not have proof that Degiorgio was on the vessel, but also did not have proof that the ship shown in the footage was Maia. He furthered that in such case, the Police did not have to designate a technical expert, as the ship shown in the footage is unrecognizable. He said that it was simply used as an excuse to arrest of the accused.