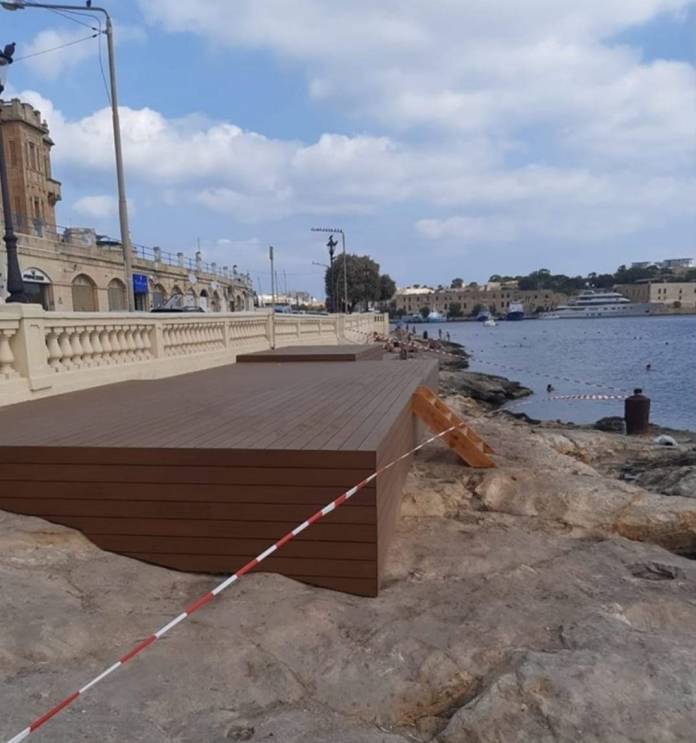 The former chairman of Alternattiva Demokratika and environmental activist Prof Arnold Cassola has requested the Environment and Resource Authority (ERA) to throw the full force of the law on the proposed ferry operations. Quoting SL 549/97 which deals with the prevention and remedying of environmental damage, Prof Cassola said that this needs to be applied to the proposed iSeeMalta ferry operations and different berthing structures. Cassola referred particularly to the ‘proposed’ structure in PA 7628/19 in Balluta Bay as well as the proposed Experimental installation of demountable decking in Xghajra (PA/08747/19).

Cassola said that ERA has requested a ‘broad brush’ seabed survey. But “this is limited to ‘the area under the proposed development and in the immediate vicinity/adjacent areas’” said the activist.

Residents, said Cassola, are gravely concerned that the operation of the whole maritime hop-on hop-off venture and the physical structures required for landing, berthing and operation may cause environmental damage including damage to protected species and natural habitats, possibly with significant adverse effects on reaching or maintaining the favourable conservation status of such habitats or species. There may also be damage caused to the environmental status of the marine environment, over the whole span of the hop-on hop-off network, added Cassola.

At present, said Cassola, there does not seem to have been any holistic publicly-available assessment of the baseline conditions. The entire route of the operation is not even available let alone information on the potential effects throughout its entirety.

Another environmentalist, Dr Michael Briguglio, in a Facebook post tied a stretch of decking which cropped up in Ta’ Xbiex to the same project. “This photo was taken some weeks ago when decking was placed on public land in Ta’ Xbiex. It is being described as an “experimental” government project. Now it transpires that Xgħajra (erstwhile embroiled in the mysterious land reclamation controversy) has an application PA 08747/19 for the same. Will these “experiments” spread any across our rocky coastlines? Will they result in further commodification and occupation of public space? The government should explain who is behind these experiments and whether any impact assessments are being carried out. Mysterious wording raises suspicion of further usurpation of public land” wrote Briguglio.

Newsbook.com.mt is advised that in the immediate post-war period such a method of transportation existed. One resident remarked that, at that time, however, bathing areas in St Julians were many and were not hogged by private investment.