A decision to fail some 300 first-year commerce students at the University of Malta over cheating claims is under review, Newsbook.com.mt has learnt.

A University spokesperson told this newsroom that following consultations with the Registrar’s Office, the decision taken by the Board at the Faculty of Economics, Management and Accountancy is currently being reviewed.

On Monday it was reported that an entire class would receive no marks for Progress Test 1 after it transpired that some of them had cheated their way through the tests that formed part of a study unit.

Due to the coronavirus pandemic, various faculties adapted their study units and assessment methods accordingly.

In the case of this particular study unit, the assessment was divided into three components with three different tests taking place over December and January. The first two tests took place on 4 and 18 December, while the final test is scheduled for 29 January.

Sources have told this newsroom, that one of the consequences of such decision would result in no student obtaining a grade A in this study unit.

Furthermore, this newsroom was told that the faculty had previously informed its students that in cases of suspected cheating, a viva-voce exam would also take place and which would determined the result of the test.

Students received an email on Monday informing them about the board’s decision. In an email sent to all first-year students, the faculty said it had more than 43 screenshots from a Facebook Messenger chat to prove “the collusion.”

The decision was deemed objectionable by the Kunsill Studenti Universitarji insisting that affected students should get a fair hearing before such a disciplinary action was taken. A similar condemnation was made by the Association of Students of Commercial Studies which represents FEMA students. 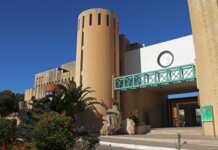