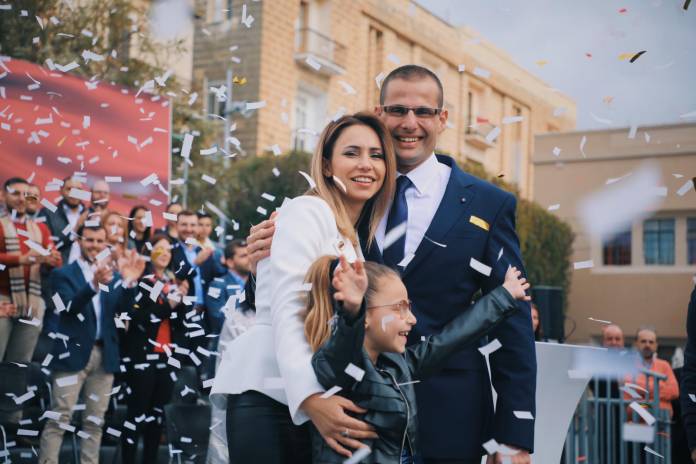 Labour Party Leader and Prime Minister Robert Abela said that the decision on the appointment of the Police Commissioner will be taken next week. He called on the Government representatives to be courageous confronting the new method of appointment he is going to be proposing. He explained that every new method he will present to the Cabinet will be “appropriate for today’s day and age”.

While addressing his followers in Bormla, Abela said that he will offer an olive branch to those who are not willing to cooperate. However, he insisted that decisions will be taken by the Government. He insisted that the changes that have happened so far are a breath of fresh air that is also being felt by the constituted bodies.

He went on to say that the Government will be working directly with its citizens and will not sit on the side-lines until the next general elections. The aim, Abela said, is to keep the Government close to its people. Abela said that the Party has just come out of a dark period that could have led to its destruction. He thanked leadership runner-up, Chris Fearne and his supporters for their maturity and for showing first-hand that they will be pulling the same rope.

Abela said that his biggest decision so far was assigning portfolios to his Cabinet. He said that he is proud of the decisions he made but went on to admit that some Members of Parliament had to be left out. He said that a Cabinet with 37 representatives cannot work.

While committing to using all the Labour MPs talents, Abela described it as a party full of youthful talent. His hope was to have even more youthful representatives on government.

Explaining the pairing up of the environment and planning under one Ministry, Abela said that this was done on purpose. He believes that the environment will be safeguarded and won’t fall victim to development any longer. He insisted that the Government needs to look outside of its own bubble and see what fruits the future generation will be reaping.

Abela called for the Labour Party to take good care of its own roots and its people. He said that he will be starting off a Commission within the party that would keep track of its own people’s actions.

In a reaction to Abela’s speech, the Nationalist Party said that if Abela truly believes in good governance, he should remove Justyne Caruana as Minister for Gozo. This following the latest story that came out in the Sunday Times of Malta where ex-Assistant Commissioner Silvio Valletta admitted that he traveled with Yorgen Fenech, who’s being accused of involvement in the assassination of journalist Daphne Caruana Galizia. Valletta and Caruana are married.

Sylvana Debono   February 26, 2020
The EU winter report on the Member States’ key socio-economic challenges was published on Wednesday and for Malta, a spotlight was shone on the sustainability of the economy and the strains which the weaknesses in the anti-money laundering framework have put on relationships with correspondent banks.