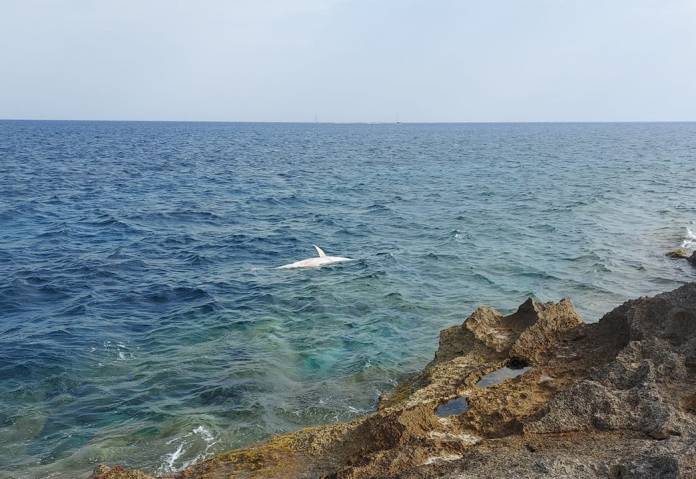 The sizeable carcass of a tuna presented an unusual sight off the coast of Baħar iċ-Ċagħaq on Saturday.

The bluefin tuna can grow to a considerable size, with the largest specimens achieving a maximum length of more than 4m.

It is highly prized as a food fish, particularly for use in sushi and sashimi: Japan is the world’s leading importer of the species. But this has led to severe overfishing and a steep decline in numbers: the species is considered to be endangered.

The leading exporter is none other than Malta, through its various fish farms. The fish farms, however, rely on wild-caught tuna which is then fattened.

Last May, the European Commission opened infringement proceedings against Malta, accusing it of failing to act to prevent illegal fishing of bluefin tuna.