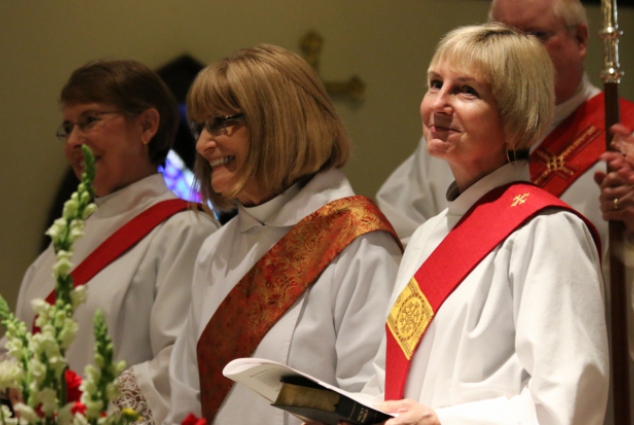 “The Holy Father did not ask us to study if women could be deacons,” said Cardinal Luis Ladaria. “The Holy Father asked us to search to say in a clear way the issues … that were present in the early church on this point of the women’s diaconate.”

Speaking to the press a few days ago, Ladaria, the prefect of the Vatican’s Congregation for the Doctrine of the Faith, said the “primary objective” of his commission is to consider what role women who served as deacons in the first centuries of Christianity were fulfilling.

He also said that there are questions over whether women deacons had the same role as male deacons of the time and over whether their role was dependent on local needs.

“We know that in the early church there were these so-called deaconesses,” the cardinal continued.  “What does it mean to say this?” he asked. “Was it the same as male deacons? Or was it not the same? Was it a very diffused thing, or was it a local thing?”

The pope first instituted the Study Commission on the Women’s Diaconate in August 2016, appointing Ladaria as its president alongside 12 other members. The prefect’s recent comments appear to be his first public statements on the issue since his appointment to the group.

Of what his commission will be telling Francis, the doctrinal prefect said that “it is not our job” to tell the pope whether to ordain women as deacons today. “This is not what the Holy Father asked and it is not our job,” he said. He added that the work of the commission is at “a good point.”

While the Catholic Church has claimed several times in recent decades that is has no authority to ordain women as priests, many church historians have said that there is abundant evidence that women served as deacons in the early centuries of the church.

The Catholic church reinstituted the role of the permanent deacon following the reforms of the landmark 1962-65 Second Vatican Council. The role is generally open to married men who have reached the age of 35.

Such men are ordained, similar to priests, but can only conduct certain ministries in the church.

While they cannot celebrate the Mass, they frequently lead prayer services, celebrate the sacrament of baptism, and even manage parishes as pastoral administrators in the absence of priests.