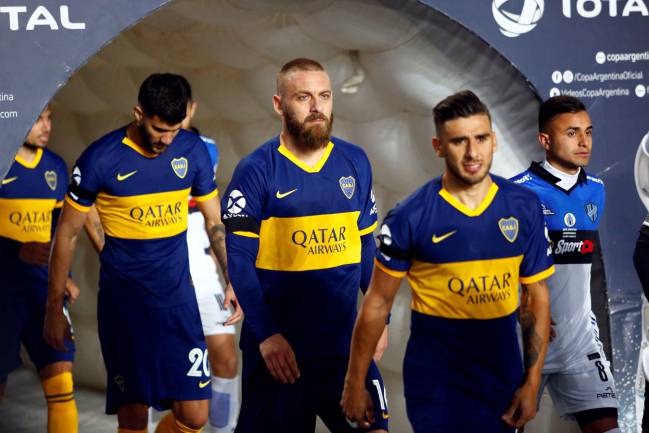 Daniele De Rossi started his spell at Boca Juniors in a positive manner by scoring a header on his debut. The former AS Roma midfielder, who spent 18 years with the Giallorossi, opened the scoring in the 28th minute against Almagro during a Copa Argentina match.

The 36-year-old, Italian player was substituted in the 77th minute and Almagro scored the equalizer shortly afterward. The match ended in a penalty shootout, with the Primera B team emerging as winners after only Carlos Tevez managed to score from the spot for Boca Juniors.