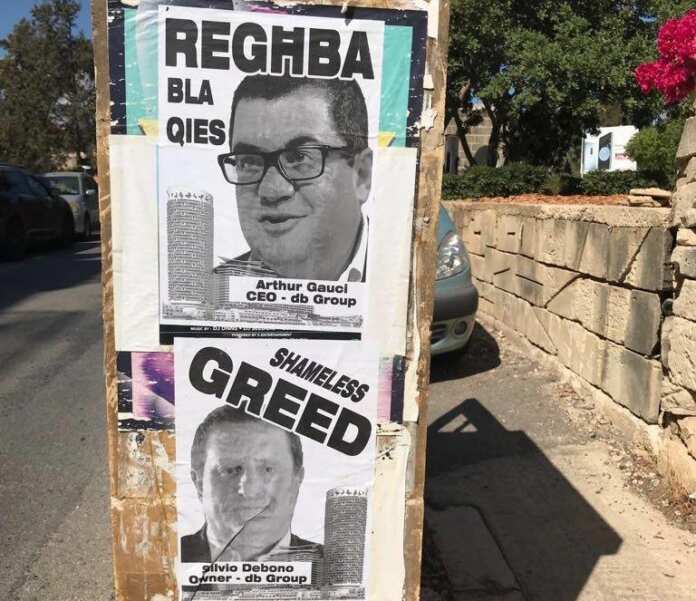 Posters were put up around the University of Malta calling out members of the db group board with the caption “shameless greed”.

This is seems to be in reaction to the proposed development by db group on the old Institute for Tourism Studies site. The two planned high-rise towers are 37 storeys, and 19 storeys respectively. The final decision on the proposal will be discussed on the 20th September.

Pembroke residents have been strongly opposing this development since it’s announcement, also launching a campaign – Do not bury us alive. The campaign was also heavily supported by posts on social media, as well as thousands of signatures and objections.

Newsbook.com.mt have asked for comments from db group CEO Arthur Gauci and Chairman Silvio Debono, but as of yet to no avail.