“I am very moved by the generosity and solidarity shown by the Maltese and Gozitans who nevertheless gave a wonderful gift of € 2,531,540 to Dar tal-Providenza”, said Fr Martin Micallef, Director of the Home, from his office in Siġġiewi from where he was following the marathon and answering phone calls.

A record of €2,531,540 was raised during the 12-hour marathon in aid of Dar tal-Providenza, the home for people with disabilities in Siġġiewi.

Unlike the previous years, due to the coronavirus pandemic, the annual telethon was held at the TV studios in Qormi instead of Dar tal-Providenza. The home’s director Fr Martin joined via video conferencing. 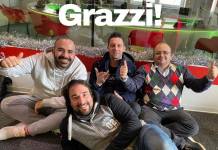 During the marathon, Fr Martin recalled how the residence itself was born out of a radio programme.

On 12 September, 1965, Dun Mikiel Azzopardi was hosting his popular show on the Rediffusion called Is-Siegħa tal-Morda (The Hour of the Sick) when he outlined his dream of building the first residential home for people with disabilities. His appeal prompted a young woman – who wished to remain anonymous – who generously donated Lm100 which she had saved up for a vacation, helping pave the way for the establishment of the Dar tal-Providenza in 1968.

Fr Micallef recalled that at the time, people with disabilities would often live in undignified and unsuitable conditions, including in homes for the elderly, and that Mgr Azzopardi found little encouragement from people who thought his dream was too ambitious. 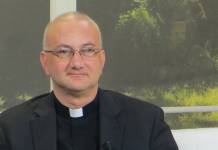 Since then, Fr Micallef added, the donations never stopped, and the same spirit of providence and generosity continued to keep the Dar in operation. 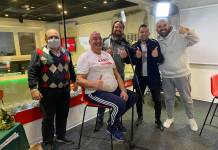 The Covid-19 pandemic has made 2020 a particularly challenging year for charities, not least the Dar tal-Providenza, as it has forced the cancellation of countless fundraisers. These include the annual volleyball marathon, which would generally have raised around €500,000 in aid of the residence. 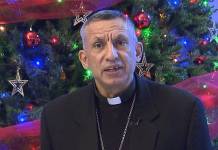 How can you help this year?

Archbishop Scicluna reiterates appeal for people to get Covid-19 vaccine

Helping Dar tal-Providenza is an act of love – Prof. Gauci

Watch: The reassurance of knowing Dar tal-Providenza will care for your son