The government is providing over €560,000 to the Dar tal-Providenza through its Operational Assistance Scheme, funding which will help make up for the drying up of donations to the Siġġiewi residential facility in the wake of the Covid-19 pandemic.

The funds provided to the scheme are approximately equivalent to the donations the home for persons with disability is likely to have lost through the cancellation of its biggest fundraiser: the annual volleyball marathon. The Dar tal-Providenza needs approximately €5 million a year to stay afloat, and in a bid to make up for the funding shortfall, it has recently launched its Sabiħ li Tagħti campaign to solicit donations from the general public. 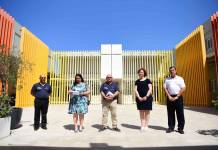 The Operational Assistance Scheme was launched by the government last June as part of its package of fiscal measures seeking to address the economic impact of Covid-19. The fund is administered by the Malta Council for the Voluntary Sector to help voluntary associations make up for the shortfall in revenue resulting from the pandemic.

€3 million have been budgeted for the scheme, and Parliamentary Secretary for the Voluntary Sector Clifton Grima emphasised that the allocation to the Dar tal-Providenza represented the single largest investment the government made in the voluntary sector.

Home administrator Nadine Camilleri Cassano observed that the pandemic not only led to the drying up of funds, but also increased expenses to safeguard the health of staff and residents alike. However, she assured that the home has continued to provide the best possible care to its residents in these challenging times.

On behalf of the Dar tal-Providenza, board member Jesmond Saliba expressed his gratitude towards all those who were instrumental in providing the home with the much-needed funds.

Charity dinner in aid of Dar tal-Providenza raises over €17,000

Watch: “Laughter is the best medicine”