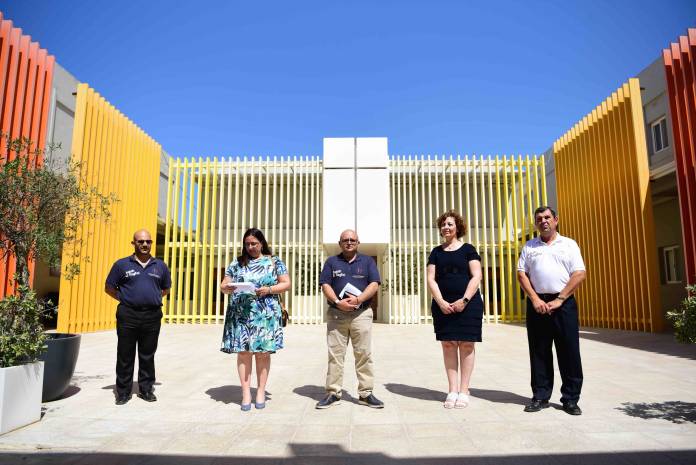 The Dar tal-Providenza has launched a new fundraising campaign dubbed “Sabiħ Li Tagħti” – the joy of giving – in the wake of a Covid-19 pandemic which has seen donations dry up while expenditures increased.

The home for persons with disability in the limits of Siġġiewi has had to implement a number of measures to protect its staff and residents alike, as home administrator Nadine Camilleri Cassano explained.

“Despite all the difficulties, we worked together and did everything possible in order to protect our residents in the best way possible, while ensuring that they enjoy a good quality of life and in an environment which promoted their wellbeing,” Camilleri Cassano said.

However, she pointed out, these measures require a substantial investment of more than €60,000.

Around €500,000 lost through volleyball marathon cancellation

At the same time, as Manwel Zammit explained, donations have fallen drastically, including through the cancellation of fundraising activities. One notable example is the annual volleyball marathon usually held at this time of year: the Dar tal-Providenza would have expected some €500,000 in donations from this event alone. The home also had to close its Valletta office, which provided a central location for benefactors wishing to make donations.

However, Zammit also expressed his gratitude towards a number of organisations and commercial entities which have provided their assistance during this difficult period.

Fellow Dar tal-Providenza board member Jesmond Saliba explained that the Sabiħ Li Tagħti initiative sought to bring together all the fundraising efforts that will be required to keep the home afloat. He reminded that the Dar tal-Providenza needed some €5 million a year to continue providing its services, and that it largely depended on the generosity of the Maltese public.

The home’s name itself highlights its reliance on public generosity: it was famously founded after its founder Mgr Mikiel Azzopardi outlined his dream to establish it in 1965, prompting a young woman to generously donate Lm100 she had saved up for a vacation.

The pandemic forced a stop to visits, while residents could no longer leave the premises, including on excursions organised by the home.

To help make up for this unwelcome change, a team of ability promoters led by Margaret Vella made sure to organise frequent activities, including street music and crafts session, and residents were frequently taken to the home’s gardens to enjoy some fresh air.

With the help of MITA, the home also provided WiFi and smartphones to residents so that they could continue keeping in touch with their loved ones.

Staff were also provided with personal protective equipment and training, and a specialised transport service was provided to those relying on public transport to ensure they could reach the home safely. The home also improved its IT systems to enable administrative work to be carried out remotely.

And as the home announced its latest fundraising initiative, Superintendent for Public Health Charmaine Gauci paid a visit to thank them for the dedication they had shown during the pandemic, and to express her appreciation for the measures taken to safeguard the health of residents and workers alike.

In his address, Saliba also announced the sad news that the home’s director since 2008, Fr Martin Micallef, will be withdrawing from his responsibilities for a long period for health reasons: he will be receiving treatment for a curable form of cancer.

“Fr Martin will be embarking on a different, more arduous marathon. This is a difficult period for us who work so closely with Fr Martin, as well as his family and the family represented by the Home,” Saliba said, whilst pledging that the home’s administrative team would do its utmost in his absence.

As he appealed for donations, Saliba said that the public’s generosity would not only provide invaluable help to the home’s residents, but would also help encourage and sustain Fr Martin as he undergoes his treatment, while the home eagerly awaits his return.

Charity dinner in aid of Dar tal-Providenza raises over €17,000