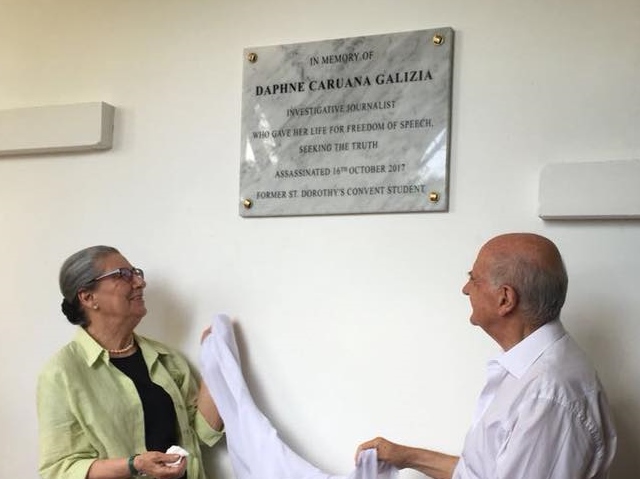 The parents of slain journalist Daphne Caruana Galizia unveiled a marble plaque honouring their daughter at the Convent of Santa Doroteja, Zebbug.

The ceremony took place in the presence of former students of this school, who attended this school with Caruana Galizia. Among those present were her relatives, including niece Megan Mallia, who addressed the attendees.

Mallia said that she would have loved to get to know Daphne when she was attending St. Dorothy’s.  She said that Daphne was always a creative person and wrote about this in the editorial of the 15th edition of the magazine, Flair.

Referring to her journalistic work, Mallia said that scrutiny and impeccable details made Daphne a good journalist.

Last week, at the same school there was another ceremony where students put a brass plaque near a laurel tree planted in memory of Caruana Galizia. 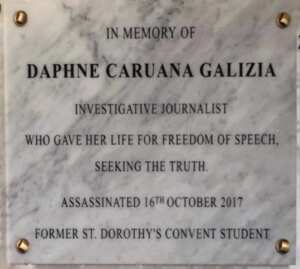 Forbidden Stories and Organised Crime and Corruption Reporting Project (OCCRP) were given €29,000 in funding.

Forbidden Stories is the organisation behind The Daphne Project, a project which continues to investigate and issue stories which were supposed to be issued by the slain journalist.

The fund was established in 2018 by the European Free Press and Media Centre and has a maximum value of €450,000.  This was created to assist in investigations between European Union borders.