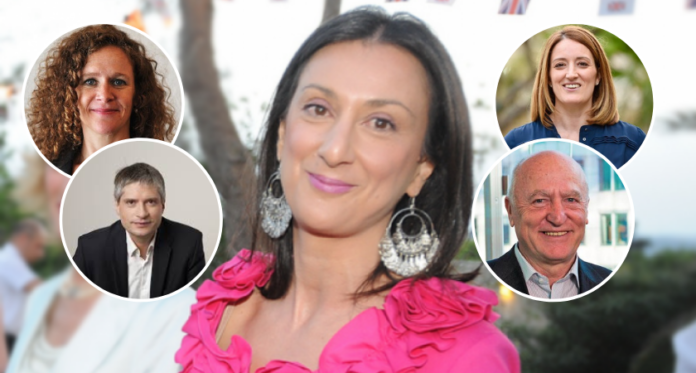 Four members of the European Parliament will be analysing the course of investigations on the assassination of journalist Daphne Caruana Galizia. They will be arriving in Malta following a similar visit in Slovakia.

The Committee of Civil Liberties appointed a new group of Euro parliamentary Members to follow the rule of law and fight against corruption in European Union Member States last May. They were appointed specifically because of the murder of journalists in both Malta and Slovakia.

The committee members coming to Malta are Sophia in’t Veld from the Netherlands (ALDE) President of the group and head of delegation, Roberta Metsola (EPP), Josef Weidenholzer (S&D) and Sven Giegold (Greens/EFA).

In a press release issued by the European Parliament, these will be meeting both the Minister of Justice Owen Bonniċi and Minister of Tourism, Konrad Mizzi. They will also be speaking to the Attorney General, the Chief Justice, the Police and heads of Authority for Financial service and the governmental agency against money laundering, the Financial Intelligence Analysis Unit (FIAU). The MEPs will also be speaking to journalists and representatives of the Daphne Project, NGOs and Caruana Galizia’s family members.

Following their visit to Slovakia, MEP Sophie in’t Veld said that they are happy with the course of the investigations in the assassination of journalist Ján Kuciak and his girlfriend. She remarked that “Justice needs to be served, first for the families of the victims, but also to guarantee the safety of all journalists and for the sake of democracy.” She called for the reinforcement of the role of Europol.