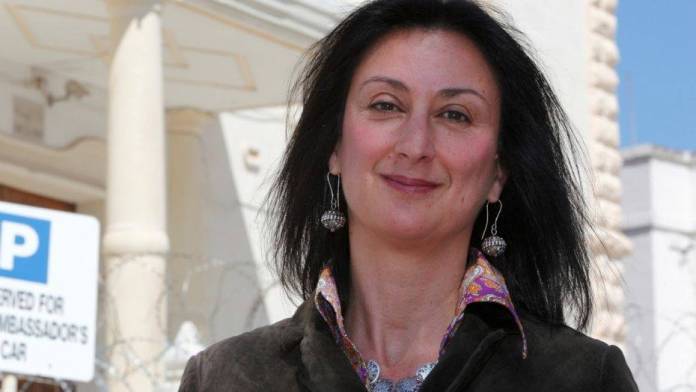 Agreement has been reached between the government and the Caruana Galizia Family regarding the members of the board to conduct a public inquiry into the murder of journalist Caruana Galizia as well as the terms of reference for the inquiry. The Caruana Galizia family reacted by saying that it is now up to the Maltese Government to support the Board of Inquiry. Nationalist Party leader Adrian Delia, as well as NGO Repubblika, reacted by stating that it took two years for the Government to do what it was supposed to do in the first place.What will the inquiry examine? The inquiry is set to examine the assassination of the journalist in October 2017. In a public statement, government said that Mr Justice (Emeritus) Michael Mallia will still conduct the inquiry and the board will be composed of Chief Justice (Emeritus) Joseph Said Pullicino and Madam Justice Abigail Lofaro as new members.Withdrawal for the boardProf Ian Refalo and Dr Anthony Abela Medici withdrew their acceptance to sit on the board. Government added that, as a sign of goodwill, the oath of office had not been taken by the members of the Board of Inquiry. Government said that, in view of the fact that Madam Justice Lofaro is also an active member of the bench, the Chief Justice was consulted as to how her appointment would affect the workload.Daphne Inquiry: Prof. Refalo not impartial – RepubblikaChanges to the terms of referenceThe terms of reference of the inquiry were also modified following discussions with the Caruana Galizia family. In the eight-point plan, the inquiry is to determine, among other things, if the state could have done anything to prevent the murder or if it actually aided and abetted the possibility for assassination. The Inquiry will also assess if the state is sufficiently equipped with effective preventive measures at law.Terms of reference .DownloadThe meetings were attended by the Prime Minister Joseph Muscat, the minister for justice and the Attorney General and lawyers Joseph Zammit Maempel, Therese Comodini Cachia and members of the Caruana Galizia familyRead also: Watch: Daphne Inquiry: “I’m sure they will do a good job” – FearneDaphne Inquiry: Reactions pour into Council of Europe’s criticismCouncil of Europe lambasts Daphne inquiryStatement by the Caruana Galizia family“Civil society, the Council of Europe, and our family’s calls for an independent and impartial public inquiry have finally been heard.“The Maltese Government must now give the Board of Inquiry its full support and co-operation so that the wider circumstances surrounding our wife and mother’s assassination are investigated without further delay, lessons can be learned and full, restorative justice for the country can follow. “We hope that the evidence gathered by the inquiry will prevent other journalists losing their lives in Malta and beyond. We expect that the inquiry will have sufficient resources to complete its work in good time and that the government will promptly implement any recommendations.”“It took two years” – Delia Nationalist Party (PN) leader Adrian Delia reacted to the news by saying that it took two years for the Government to shoulder its responsibility. He added that in the same two years that it spent failing to protect public interest, the country had to undergo extreme scrutiny and criticism.“This is nowhere near the arrival on the road to justice” – RepubblikaThe non-governmental organisation Repubblika noted and welcomed the fact that the Government has agreed to the opening of an independent inquiry about the murder of Daphne Caruana Galizia. However, it said that “this is nowhere near the arrival on the road to justice”.A statement went on to say that the Prime Minister ought to be in the police interrogation room as opposed to “enthroned in the Auberge de Castille”. This is because according to Repubblika, “he refuses to testify for fear of incriminating himself”.Repubblika added that 25 months of delaying tactics via the Caruana Galizia family, civil society, and by the international community is what led the Government to implement what the law required “from the very first day”.It concluded by saying that protests work, that they are not in vain, that the Government must listen even if it would rather not, as today’s results show. Therefore, it called all interested parties to join the protest against corruption in Valletta tomorrow, on Saturday.