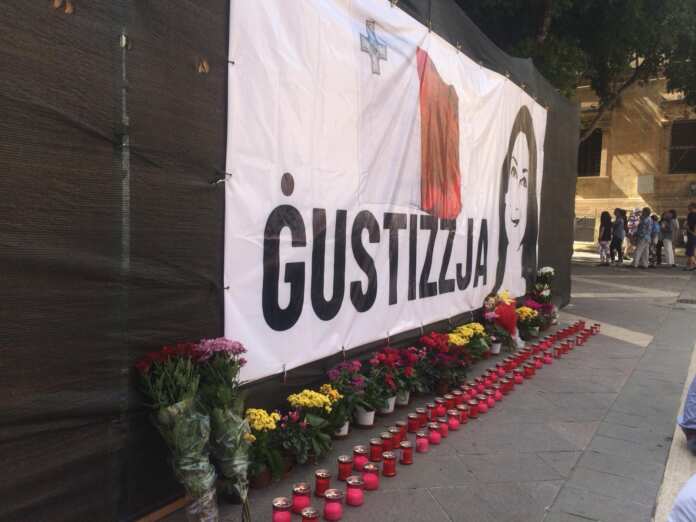 Justice Minister Owen Bonnici is responsible for the constant removal of any tributes to fallen journalist Daphne Caruana Galizia at the Great Siege monument in Valletta. This was revealed in court during a Constitutional hearing.

During the Constitutional Case filed by blogger Manuel Delia against the Government alleging a breach of the right to free speech due to constantly removing any tributes to the journalist, it was said that it was Minister Bonnici who gave the order early in September.

The Parliamentary Secretary for Valletta 2018 and the Directorate of Public Cleansing Deo Debattista said that Bonnici had asked him to clean the memorial after the decision to renovate the Great Siege monument was taken. It was also mentioned that the monument had been cleaned up around 20 times, Debattista insisted that he never gave a direct order for this to happen. He also said that, when he was consulted, he had advised that were there to be any cleaning, it would have to be after 10pm when workers would be cleaning Valletta’s roads.

The Director General for Departments Ramon Deguara also testified in Court saying he received instructions from Minister Bonnici early in September by telephone. He explained that a few months before, they had clear instructions that the memorial be left there as it was. Deguara insisted that after the order, the department workers would regularly clear the flowers, candles and photos between 10pm and 3am. At the beginning, they would deposit the items at the Police station in Valletta, however when they case was opened, they have started being deposited in Court, as advised by the department’s attorney.

Inspector Priscilla Caruana Lee, who testified as a representative of the Police Commissioner presented copies of eight Police reports regarding the cleaning of the monument. These were dated between March and October. She explained that at the beginning, they did not know who was removing the objects until later on they found out it was the Department of Public Cleansing.