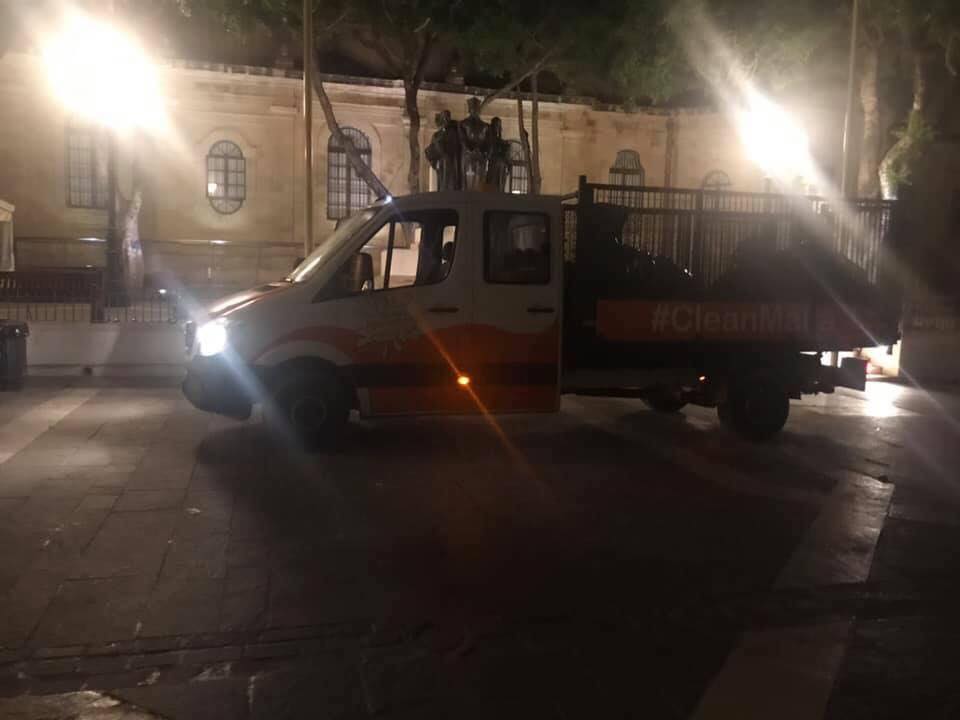 Sources told Newsbook.com.mt that last night, government workers were sent to clean the area around the Court in Valletta. The workers allegedly also cleared out Daphne Caruana Galizia’s memorial, what was placed under the Great Siege Monument.

Sources who talked to Newsbook.com.mt said that when they confronted them, the workers reacted aggressively and said that anyone who has a problem can take it up with their superiors. According to the workers, “we are only doing our job”.

Newsbook.com.mt has sent questions to the Cleansing and Maintenance Division as well as the Communication Office of the Parliamentary Secretary for Public Cleansing Deo Debattista.

This was not the first instance that memorials dedicated to the murdered journalist made by activists were removed. Back in September 2018, besides removing the memorial, barriers by the Police were also set up.

During the same month, PN Member of Parliament Simon Busuttil had retrieved a photo of Daphne which was found thrown away in a skip in Valletta.

Eventually, the Great Siege Monument was also enclosed with a metal gate, blocking all possible public entrance to the monument.

Anton D'Amato   July 3, 2020
Academic merit will continue to be the entry criterion.