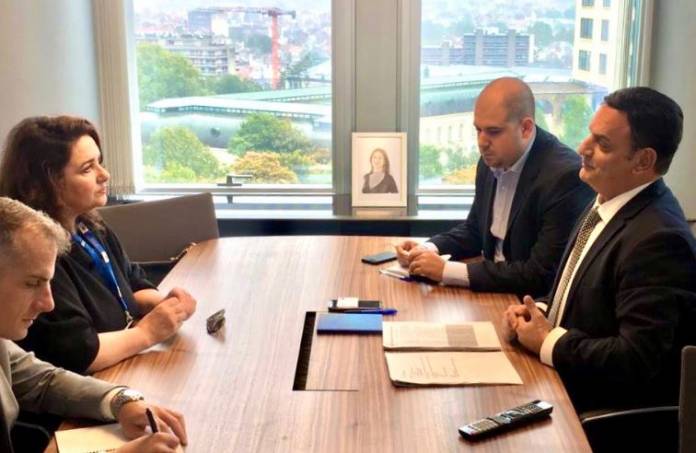 Commissioner Designate Helena Dalli said that she will be engaging with EU Member States to push for the full and swift implementation of the Work-Life Balance Directive during her first hundred days.

READ: Helena Dalli will be responsible for the EC Equality portfolio

In her written replies to MEPs, Dalli hailed the Work-Life Balance Directive describing it as “a great achievement” and adding that she believes that it would have a positive impact on better gender balance in economic leadership.

Nationalist MEP and the European Parliament lead negotiator David Casa worked on the directive which was signed into EU law last June. The rights provided by this directive include the introduction of 10 days of paid paternity leave, two months of paid parental leave, five days of annual carers leave and the right to request flexible working arrangements.

Dalli explained that in the first hundred days of the incoming Commission, the Political Guidelines set out that they will table actions to introduce binding pay transparency measures. She added that this will feed into a comprehensive policy to address the gender pay gap.

“This means confronting persisting stereotypes, strengthening women’s empowerment in decision-making, ensuring implementation and take-up of the rights in the Work-Life Balance Directive (especially by fathers), and combating the gender pension gap due to unpaid work,” Dalli replied.

The Commissioner Designate for Equality said that she is sure that by the end of her mandate, the political commitment to a ‘Union of Equality’ will deliver concrete and tangible results for persons with disabilities.

During her mandate, Dalli pledged to strengthen Europe’s commitment to inclusion and equality in all of its senses, irrespective of sex, racial or ethnic origin, age, disability, sexual orientation, or religion or belief.

Dalli will be in charge of the EU’s implementation of the United Nations Convention on the Rights of Persons with Disability, she will work with Member States to proceed on the Women on Boards Directive and ensure that the Work-Life Balance directive is fully implemented.

Other priorities for Dalli include gender-based violence, the empowerment of women and girls, and ensuring coherence in EU external and internal policies.

The Commissioner Designate said that engagement with the European Parliament is of paramount importance to her.

“I fully appreciate how important it is to have parliamentary scrutiny of all political processes,” she said.

Dalli will face MEPs on October 2.

Reuters   July 2, 2020
Turkey said on Wednesday it is disappointed by the European Union's decision to exclude it from a list of countries recommended for non-essential travel and called on the bloc to correct the "mistake" as soon as possible.

Reuters   July 1, 2020
In Syria's nine-year-old war, Russia and Iran are the main foreign supporters of President Bashar al-Assad's forces, while Turkey backs opposition fighters. Under a diplomatic process dating back to 2017, they agreed to work to reduce fighting.

Malta’s MEPs nominate Prof. Gauci and her team for the European...

New EU chemicals strategy to better protect our health and the...