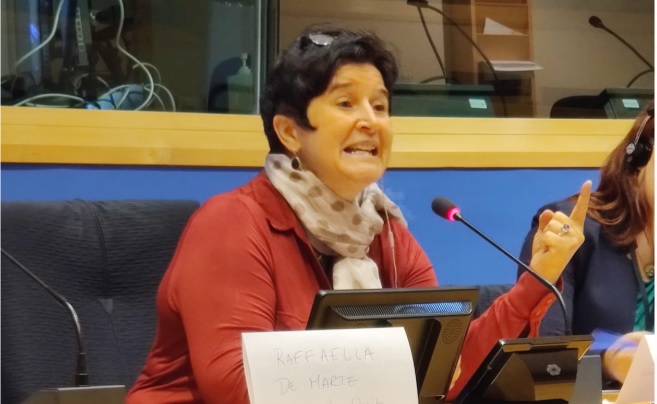 Maria Noichl FEMM MEP was clear ” Dalli is not Maltese any more and when it comes to abortion, Malta stands out and in the EU the line is that the woman has the right over her own body.” This broadside was one of the first statement issued by the FEMM representative adding that in the case of abortion, Malta stands out in the EU. She said that Dalli will have to keep her own ideas and past firmly in their place and remember that she acts on behalf of the EU. “She will certainly be asked about abortion and she will have to understand that she will now have a whole different patchwork of laws to contend with. At FEMM it is clear that women cannot be forced to terminate or continue their pregnancy against their will” sai the FEMM representative.

FEMM, said Noichl, has five major issues: pro choice, domestic violence, gender pay gap, peace and gay rights. Noichl expressed her concern that the portfolio being proposed to Malta is entitled ‘equality’ leaving out the term ‘gender’. This she said has devalued, the work done on behalf of women. She said that the new commissioner will set out a binding paper for gender equality which will set gender benchmarks.

John Paul Cordina   July 14, 2020
President George Vella’s decision to retain Adrian Delia as Opposition Leader even after confirming that most opposition MPs had lost faith in him has rendered Malta’s parliamentary democracy weaker than ever, according to Repubblika.

On 103: President’s decision – from frying pan into the fire?

Sylvana Debono   July 14, 2020
Is the Constitution clear enough or was it shoddily written? Has a problem been solved but a worse once created?