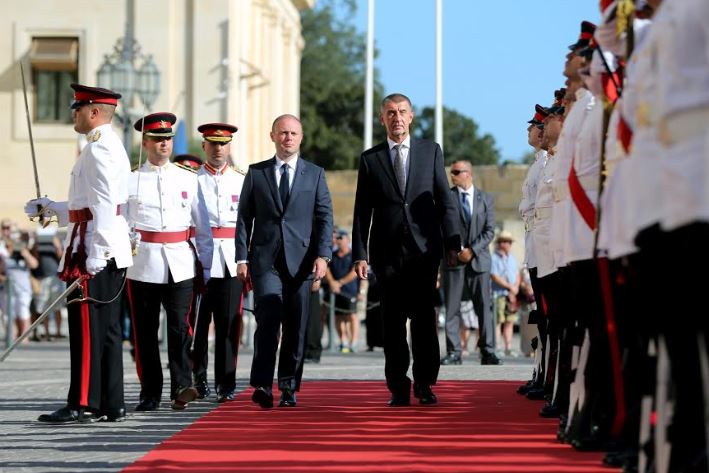 The Prime Minister of the Czech Republic, Andrej Babiš, told Prime Minister Joseph Muscat that he is against the distribution of migrants between European countries during an official visit in Malta today.

Babiš added that his country was ready to help Europe with regards to the immigration issue and said that the country already contributed in various programs. Muscat described the meeting with Babiš as interesting and thanked Babiš for getting to the point immediately. Muscat admitted that although there isn’t one solution to the immigration crisis, one cannot simply disregard the issue completely. The Prime Minister of the Czech Republic also mentioned that there need to be changes in the Schengen agreement, with regards to arrangements to eliminate border controls between EU member states.

Migration flow to Europe in the central Mediterranean decreased by 80%

Muscat and Babiš also spoke about how the migration flow to Europe in the central Mediterranean decreased by 80%.

The two leaders said that there needs to be a strategy in Europe to address the migration issue. They explained that migration to Europe in the central Mediterranean decreased by 80% last year thanks to the number of initiatives. Muscat said that Malta is the only country in the European Union to dedicate all its technical capabilities towards saving the migrants.

This was the first time that the Prime Minister of the Czech Republic visited Malta.