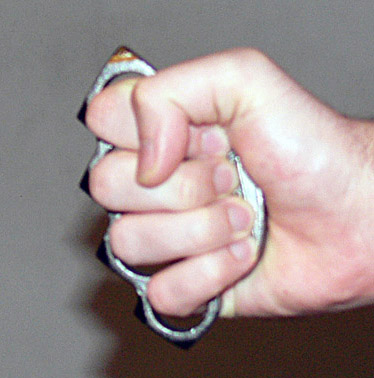 Robert Micallef a cyclist victim of a road rage episode is appealing for any information in relation to his alleged attack in Ħaż-Żebbuġ.

The cyclist stated that a motorist started shouting at him to move to the side of the road and that next to St.Dorothy’s School, the motorist stopped the car and waited on the road for him. The motorist then started throwing blows at Micallef with a knuckleduster and threw him on the ground. A passer-by had to intervene. At that point the motorist who allegedly is Maltese was heard saying “if I see you again I will shot you”.

Micallef went to make a report at the local police station and later was sent to hospital to care of his injuries.

Knuckledusters are currently illegal in Malta.

Jesmond Saliba   April 1, 2020
The Government and the Opposition agreed on the nomination of Judge Mark Chetcuti as Chief Justice.

Monique Agius   April 2, 2020
Fenech who was arrested over his role in the murder filed a court application arguing that since all the court sittings have been suspended indefinitely due to the coronavirus outbreak in Malta, then his continued detention should be declared illegal.