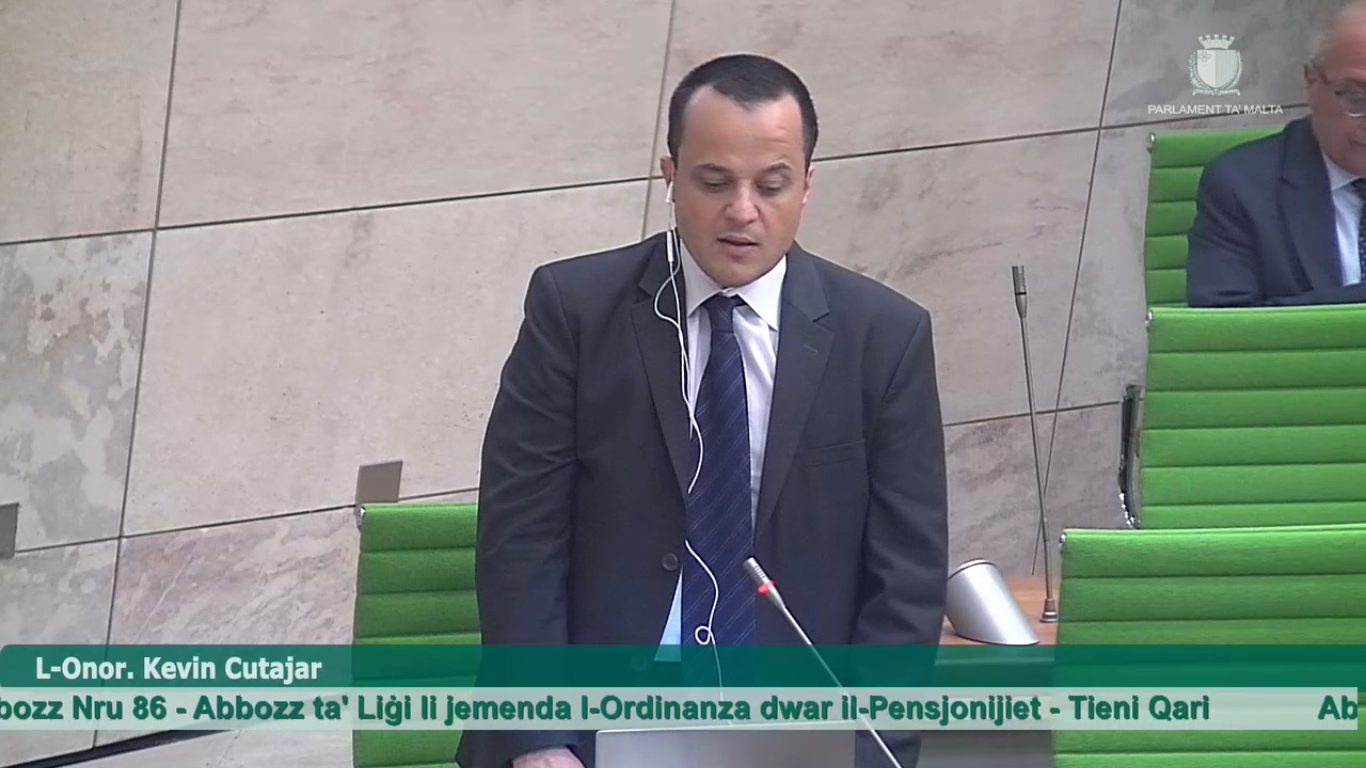 MPs should set an example by using public transport to travel to and from Parliament, Nationalist MP Kevin Cutajar told Parliament on Monday evening.

The Gozitan MP was speaking during debate on a bill that would extend the Climate Action Act, in which various participants confirmed that transport was – by far – the greatest source of air pollution in Malta. Environment Minister Aaron Farrugia said that air pollution was largely due to 7 sectors, and that transport contributed as much as the other six.

Cutajar makes regular use of public transport, though he observed that the service left much to be desired despite the millions invested into it by the government over the years. But he then questioned why his colleagues should not send a message and set an example by similarly increasing their own use of public transport.

“I cannot see your faces, but I am guessing a lot of you are grimacing at the thought right now,” the MP quipped.

“But this is how you set an example. That is how we show that b’tal-linja jaqbillek,” he added, referencing the popular catchphrase promoting the use of buses.

In his own contribution to the debate, the PN’s environment spokesman David Thake promoted the use of another cleaner form of transport which he makes use of: electric vehicles. But he observed that electric car drivers had a lot of complaints to make, and with good reason.

Adding insult to injury, Thake said, was that the police failed to act effectively when people illegally parked in charging stations. He noted that police would often ask whether signs prohibiting parking were in place, but many have deteriorated due to a lack of proper maintenance.

“I encounter such problems practically every day,” the MP maintained, before appealing for more efforts to be made to promote the use of electric vehicles.

“Imagine what difference would do to our emissions targets.”

However, Thake also argued that there was a need to reduce the use of personal transport.

“The reality is that we are a country in love with our car,” he said. “We use the car to travel 1km away and expect to find a parking spot exactly in front of our destination, so the problem is also cultural.”