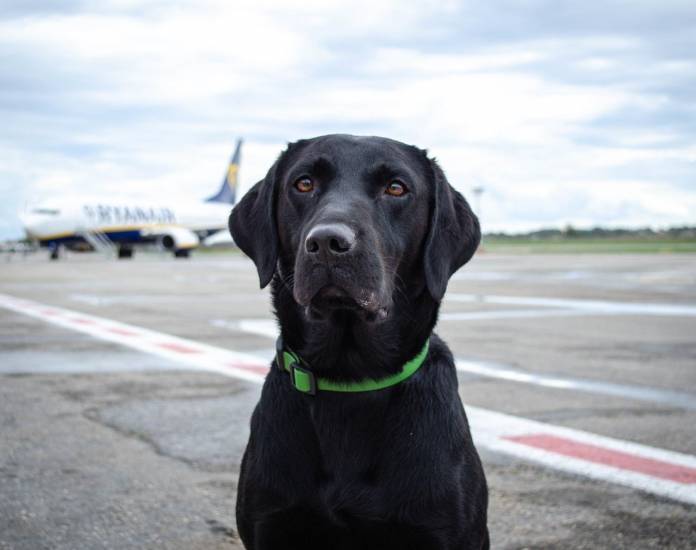 Following a rigorous training programme, the latest addition to Malta Customs’ K9 Team, Żekkin, has made his first interception of undeclared cash at the departures lounge of the Malta International Airport.

Żekkin, a black Labrador, had been trained by the UK Border Force, considered to be a world leader in the training and management of detector dogs.

Żekkin flagged an Indonesian passenger who was en-route to Istanbul, leading Customs officers to ask him how much cash he was carrying. The man claimed he was carrying just €3,000 – only cash above €10,000 needs to be declared to Customs – but the officers were convinced, and the ensuing searches confirmed the full amount.

In line with procedure, the passenger agreed to sign an out-of-court settlement and was released after paying a fine.

Żekkin was sponsored by the Central Bank of Malta, with Malta Customs expressing its gratitude for its initiative and stating that it looked forward to more positive results in the fight against the illegal movement of cash.

Container with 900 cartons of pyrotechnics withheld by Malta Customs