The total cruise passenger traffic has decreased by 48.5% in the first quarter of 2020 when compared to the corresponding period in 2019.

Newly released figures by the National Statistics Office (NSO) show that there were a total of nine cruise liner calls until 10 March after which date cruise liners were no longer allowed to berth in Malta due to the coronavirus outbreak.

The figure is 12 less than the number of cruise liner calls that was recorded during the same quarter last year.

From the 40,175 total cruise passenger traffic during the first three months, 893 passengers stayed overnight while only 59 individuals landed, the rest were transiting through Malta.

The first coronavirus case in Malta was recorded on 7 March. So far, a total of 458 cases have been recorded. The public health emergency has prompted the authorities to take various restrictive measures in a bid to curb the spread of the virus within the local community. The measures include the closing of ports and the airport to traffic. 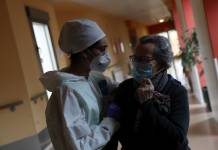 On average, every vessel that berthed in Malta carried 4,464 passengers, 747 more than the previous year. Statistics show that transit passengers accounted for the absolute majority of total traffic. 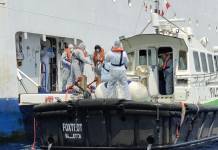 Female passengers made up 52.9% of the total. The largest share of passengers fell within the 40-59 age bracket and were followed by those aged between 60 and 79 years.