Police had to disperse people from Pjazza San Ġorġ on New Year’s Eve. Two people were fined for not wearing masks.

A Police spokesperson told Newsbook.com.mt that on the night, officers from the district Police station were carrying out spot checks in commercial establishments and controlling traffic. 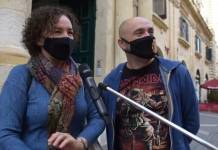 Around midnight officers at the lower part of Triq ir-Repubblika noticed crowds in Pjazza San Ġorġ. The people in the square scattered once they noticed the Police. The office remained in the area to prevent further gatherings.

Two individuals were fined for not wearing masks. Valletta Mayor Alfred Zammit told Newsbook.com.mt that no permits were issued for events to be held on New Year’s Eve. He said that what happened was a spontaneous initiative. Zammit said that he was informed that although a lot of people were reported in the capital city. However, he remarked, these were not gathered altogether in one place. 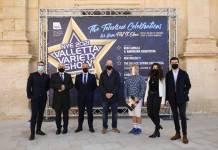