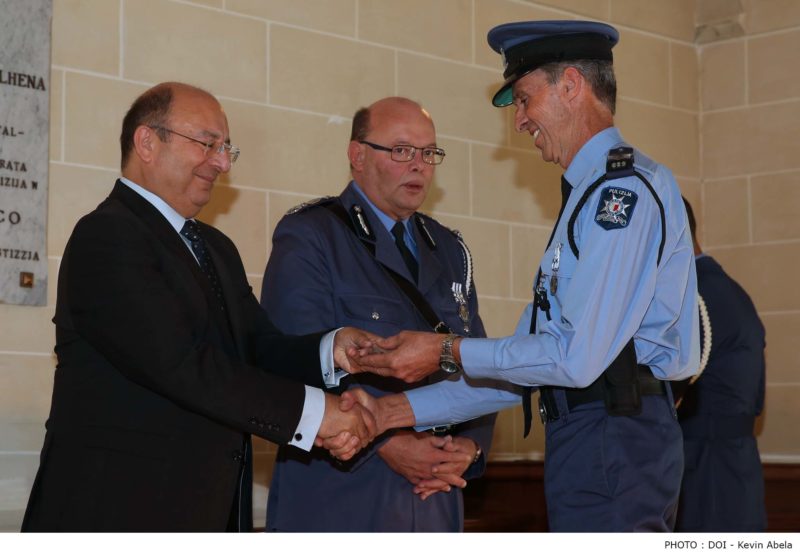 Minister for Internal affairs Michael Farrugia said that the criminality rate in Malta is decreasing even though the population is increasing. The minister declared this during a ceremony where 107 medals were presented to current and former police officers for their long and efficient service within the Corps.

Minister Farrugia said that criminality is at the low notwithstanding the increase in tourism numbers and sees this as measure that illustrates the success of the Police Corps irrelevant of the number of officers manning local Police stations.

He also referred to the collective agreement and informed the members of the corps that it will be imminently finalised He also said that in the future the Police uniform will be changed and also mentioned the body cams pilot project.

Police Commissioner Lawrence Cutajar said that he will keep his role as long as the Government and his health will allow.

No specific section for solitary confinement in Corradino – Minister

2 thefts a week happen in 2 streets in Sliema

Sylvana Debono   April 8, 2020
The ballots for the choice of schools for those children who have a place in Church Schools will be held today.

Miguela Xuereb   April 8, 2020
Over the past month, there have been drastic changes since the first coronavirus case emerged in Malta. People have begun working remotely, schools have closed and students are now being taught online, events were called off or postponed, masses are now being streamed online, retail shops, gyms, restaurants, bars and other gathering places have shuttered there doors down. These closures are all attempts to encourage people to stay at home and force social distancing, a crucially important public health intervention that can aid to stop transmission of coronavirus.