During a webinar on the way forward for tourism, Farrugia Portelli pledged that tourism will be making a return to Malta by summer, even if it will be different to previous years.

She said that as soon as Abela announced the new measures, the ministry would be publishing clear protocols on how sectors such as restaurants and beaches will be operating.

The minister said that a bilateral mechanism had been triggered with nine other countries to start talks on the concept of “safe corridors,” through which travel would be allowed among countries which have addressed the pandemic well.

A similar measure has just been introduced by the Baltic states of Lithuania, Latvia and Estonia, who have decided to reopen borders to each other. The EU is itself pushing to reopen its internal borders to make summer tourism possible. 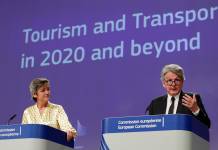