The upcoming academic year was discussed on Thursday during the University of Malta Senate meeting. In a statement, the KSU, Kunsill Studenti Universitarji, said that it has been briefied by student representatives on Senate with the following updates:

KSU has presented its Pandemic Response Policy to Senate with an appeal to all academics to strive to improve online learning and online assessments and to ensure that communication with students is timely, effective and constant.

Regarding graduations, discussions are currently underway on feasible alternative options that retain the dignity of such a momentous occasion whilst also safeguarding the health of graduates and their families.

It was decided that by the 20th of November all students will be considered as graduates, with the possibility that the ceremonies take place at a later date.

In its statement the KSU urged Health Authorities to release guidelines for tertiary education institutions without further delay to ensure that students have enough time to prepare for the upcoming academic year, especially those who have to make arrangements for housing.

KSU’s said that the letter to the Superintendent of Public Health and the Minister of Health with questions on the 10th of August related to the upcoming academic year has until now remained unanswered. “It is worrying and disappointing that no attempt to reassure students was made and that no students were involved in the preparation of guidelines,” said KSU.

The Council also appeals to the University of Malta to finalise the specific logistics of the upcoming academic year. 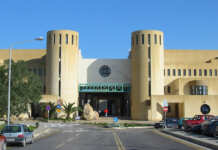 No agreement reached yet, academics and MUT warn

But in a brief statement, the University of Malta Academic Association clarified that contrary to the impression that may be given by reports, no agreement had been reached with the trade unions representing staff over the opening protocols for the upcoming academic year.

UMASA said that it has been in constant discussion with staff and management over the matter, but said that certain fundamental issues remained unresolved.

The union emphasised that it “will not accept a situation whereby the legitimate pedagogical and health concerns of academic staff are ignored.”

The Malta Union of Teachers similarly advised that it had not reached any agreement on the university’s reopening guidelines, noting that it would be providing its feedback in a meeting scheduled to take place on Friday morning.

The union expressed its hope that the University of Malta would consider the feedback provided before publishing its guidelines.