The Medical Association of Malta, MAM, has extended the directives already in place, until Friday 14th August and has given one-week ultimatum to deal effectively with the pandemic.

The association said that the directives have been followed by over 95% of members making the strike an organisational success but noted how one health centre doctor is reported as positive and another is in quarantine and are waiting for the result of testing.

The COVID-19 situation has deteriorated significantly leading to a sudden and sharp increase in numbers, and that the tally of new cases on Wednesday is expected to reach a new record, stated MAM in its press release.

The number of new coronavirus cases for today was actually 71, the Medical Association of Malta President Martin Balzan told Newsbook.com.mt.

When contacted by this newsroom to give his reaction on the new positive cases announced on Wednesday by the Ministry for Health, MAM president explained that 22 out of the 71 were individuals who had already tested positive for COVID-19. 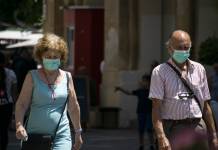 MAM stated that the government has up to now reversed the decision on mass events over 300 people, but continues to permit events with numbers up to 300 together with practically minimal and ineffective enforcement, creating ideal conditions for the spread of the virus.

It also said that the government appears to be in a state of denial basing itself on the false premise that hospitalizations are low, where on the contrary scientific shows that death for every 75 total cases is to be expected with 3-6 weeks of onset. 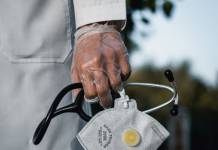