MaltaPost said that they followed the Health Authorities protocols and that there is no need to alarm in light of the Covid-19 cases identified at the San Gwann sorting hub. The spokesperson was answering to questions in light to the allegations that colleagues of the positive tested workers were not sent for swab tests.

MaltaPost confirmed, that employees were not informed that a case of coronavirus was identified at the Sorting Hub in San Gwann. A source close to MaltaPost told Newsbook.com.mt that the employees were not sent to do swab tests. In less than a fortnight 3 individuals have tested positive.

The spokesperson declared that the company was on shutdown on 26 December, 27 December was a Sunday and workers returned to work on Monday 28 December. He said that the person could have been transmitted the virus outside of work and that is why the employees were not informed.

The first case tested positive on the 26 December sources told us. However, the colleagues were not informed.

The second case tested positive on 8 January. The employee this time informed the colleagues. The next day the colleagues did not report to work and the premises were fumigated. Still the workers that resulted negative to the test were asked to go to work.

The source said to Newsbook.com.mt that what is being practiced is not was being advised by the Health Authorities.

Today the third case was identified. Sources close to MaltaPost said that the Health Authority contacted the postal operator to carry out contact tracing.

Questions sent to MaltaPost remain unanswered at time of publishing. 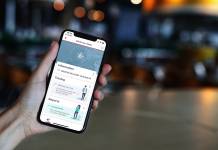 Check out which sub post offices will be closed on Saturday