During the weekly press conference addressed by the Superintendent for Public Health Prof. Gauci said that 43 new coronavirus cases have been detected in the past 24 hours.

30 more patients have recovered. This means that the number of active cases is of 399.

In Gozo there are 14 active cases.

During the press conference Prof. Gauci explained that 4 patients have been admitted to the IDU, 4 patients in a ward at Mater Dei, 1 patient has been admitted at the ITU, 8 other cases are at Boffa Hospital and 15 patients are recovering at St Thomas Hospital.

Prof. Gauci has also mentioned that during the past week 22 people have contracted the virus from their workplace. She then mentioned the 21 cases which were found amongst the 21 Marsa junction workers.

Prof. Gauci has also announced that France has been added to the Amber List and that from the random testing on passengers arriving in Malta six cases were detected and all were arrivals from Spain. 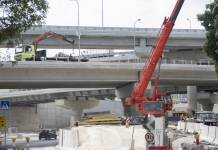 It was also confirmed that there is an old people’s home where 13 cases have been confirmed two of which are carers. There is also another home with two cases and another home which has registered 32 cases.