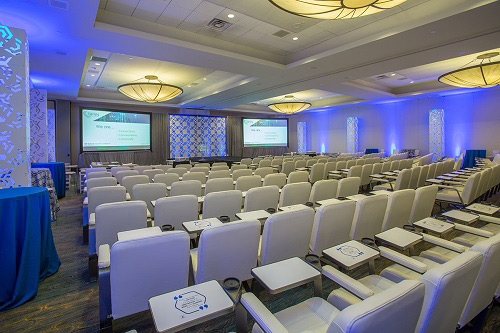 The jobs of 425 persons hang in the balance as Malta’s leading Event and Expo suppliers have come together to express their concerns at the effects Covid-19. Traditionally called MICE, this sector has expressed concern at “the expected long-term, negative repercussions on the economy as a whole”. This sector falls into one of the hardest hit, tourism, as the President of the Malta Chamber Perit David Xuereb said in an interview on Newsbook.com.mt.

While currently in talks with the Chamber of Commerce and the Malta Chamber of SME’s with a view to discussing the way forward, industry players have also drawn up a list of proposals to present to the Prime Minister and the Ministers for Tourism and SMEs. These proposals include a number of measures the sector will ask the government to take in the hope of curtailing the negative effects of the crisis, as follows:

In a statement, the sector said that it is currently at a standstill. The industry reported that it had already seen a substantial increase in cancellations and postponements of events for 2020. Some companies even reported sales figures plummeting by up to 99 per cent as a result. This meant at least €30 million in sales losses for 2020.

Not easy to replace

Apart from their business concerns, the sector currently employs more than 425 people, including full-timers, part-timers and casual workers, “many of whom have specialised skills that are not easy to replace” maintained the statement.

The statement added that even if the situation starts to come back to normal by June this year, it is expected that realistically the industry will not see any sort of turnaround and resumption of normal operations any time before March 2021.

Mark Vella, managing director of Powerhouse, who spoke for the sector said that “Together we contribute at least €40 million annually to the Maltese economy. Our objective, therefore, is to form a united front and present our proposals to the government for further discussion, with the view of safeguarding our employees’ livelihood, our businesses, and the sector as a whole, which forms such an integral part of the economy.”