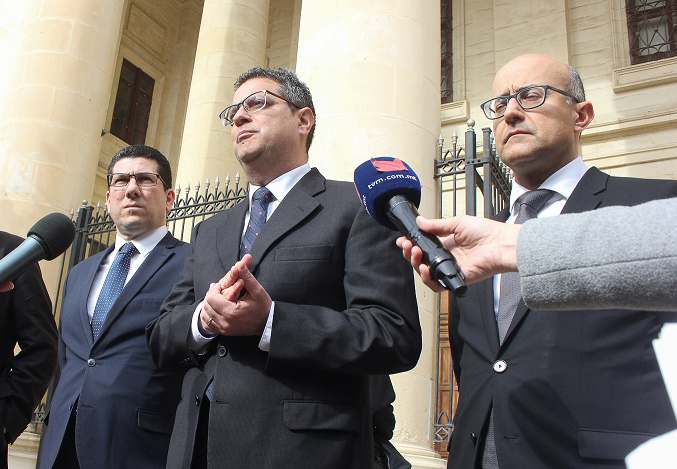 The Court of Appeals did not accept the appeal presented by Prime Minister Joseph Muscat, the Attorney general and the Lands Authority relating to the case on the contract between the government and Vitals Global Healthcare (VGH) made by Opposition and Partit Nazzjonalista leader Adrian Delia.

The Prime Minister together with the Attorney General and the Lands Authority have asked for a preliminary exception holding that the case was inadmissible as it was opened after the contract had been signed.

Adrian Delia has opened a case in court in February 2018 to void and nullify the contract on the sale of the three hospitals that the government made with Vitals Global Healthcare (VGH). He had argued that the government had no right to authorise the transfer of property as VGH had broken the conditions of the contract when the same VGH passed the properties to Steward Health Care.

Partit Nazzjonalista (PN) said that the decision of the Court of Appeals is a victory for Opposition leader Adrian Delia and all the people that according to them are fed up of greed and corruption that characterize this government. The PN also said that with this decision, the Court has refused the delaying manoeuvres from the government and the Attorney General.

The PN also added that the decision of a labour government to give away three hospitals to Vitals was “the wrong deal” and that this was also confirmed by the vice-Prime Minister Chris Fearne when he described the new agreement with Steward as “the real deal”.

The government respects the decision

The government has stated that it respects the Court’s decision. In a press release it stated that the decision was taken on a technicality that does not require the provision of proof and therefore cannot be accused of delaying the course of justice.

Partit Laburista expressed its reactions to the Court’s decision in a press release. It said that whilst in the past months the leader of the Opposition Adrian Delia was attacking the Court, on Friday he was praising it because it ruled in favour of his case against the government.