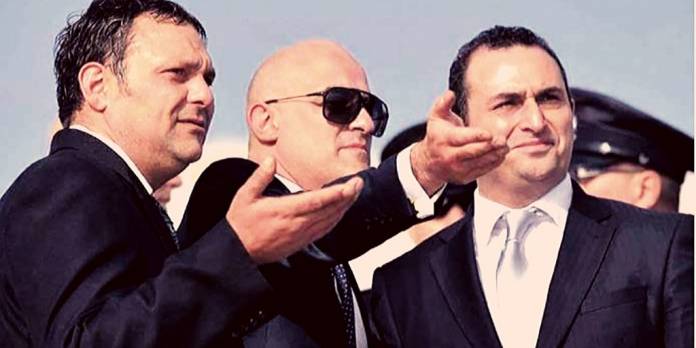 The Court of Criminal Appeal has dismissed an appeal filed by the Attorney General to the acquittal in a trial by jury of two men accused of smuggling 20kg of cannabis resin into Malta on a boat.

The case goes back to 2010, when a 44 year old former barman from Iklin had been arrested in July along with two Libyans, a 55 and 50 year old. This arrest followed a police operation in which the men got caught with nearly 20kg of cannabis resin, some time after they arrived at the Fekruna area in Xemxija on a speedboat.

The 50 year old Libyan had hopped off the speedboat, carrying a haversack and two bags which he handed over to the two accused, who were parked close by. As the boat sped away, the three men had driven off in two separate vehicles, the 50 year old in one vehicle and the two others in another. The police surveillance team were quick to intercept both vehicles, however, the two men had managed to fling the two bags out of their car. Inside the bags were 78 blocks of cannabis resin, which weighed just under 20 kilos.

The 50 year old Libyan, the suspect mastermind of the operation, managed to escape the island after spending 22 months in preventive custody. He remains at large.

The two other men had been acquitted by a jury of their peers in what is considered to have been a sensational jury trial.

A crucial detail which had been left out in the six years since the men had been arrested was that they had been arrested as a result of a controlled delivery, liaising with one of the men on the speedboat. This detail emerged when former Assistant Commissioner of Police Neil Harrison was testifying.

A controlled delivery is a drug deal staged by police in order to catch a suspect commit a crime.

The Attorney General had filed an appeal following the acquittal, arguing that the jury had been misdirected by the sitting judge before retiring to deliberate.

In its decision on the matter, the Court of Criminal Appeal, presided by Chief Justice Joseph Azzopardi, Mr Justice Joseph Zammit McKeon and Mr Justice Giovanni Grixti, ruled that the trial judge had been “legally correct and precise in how it postulated the issue of the controlled delivery.”

The court said that after examining the court file, it did not appear that the issue of controlled delivery was the common denominator for the defence arguments. The accused men had testified that they had no idea of the other man’s intention, other than him wanting to enter Malta clandestinely. The judges noted that when they went to assist him at Xemxija, they had gone there three times in their private vehicles. Apart from this, no suspicious amount of money or drug-related objects were found at the men’s homes and the former bartender’s shop.

The judges said that it did not appear that the judge had left the jury to decide a question of law and not a question of fact. They found no “defect” in the judge’s closing address which might have affected the jury’s verdict. Therefore, the Court of Criminal Appeal concluded that it saw no reason to overturn the judgment.

Lawyers Franco Debono and Marc Sant had appeared for the Libyan, while lawyer Mario Mifsud was defence counsel to the Maltese man.