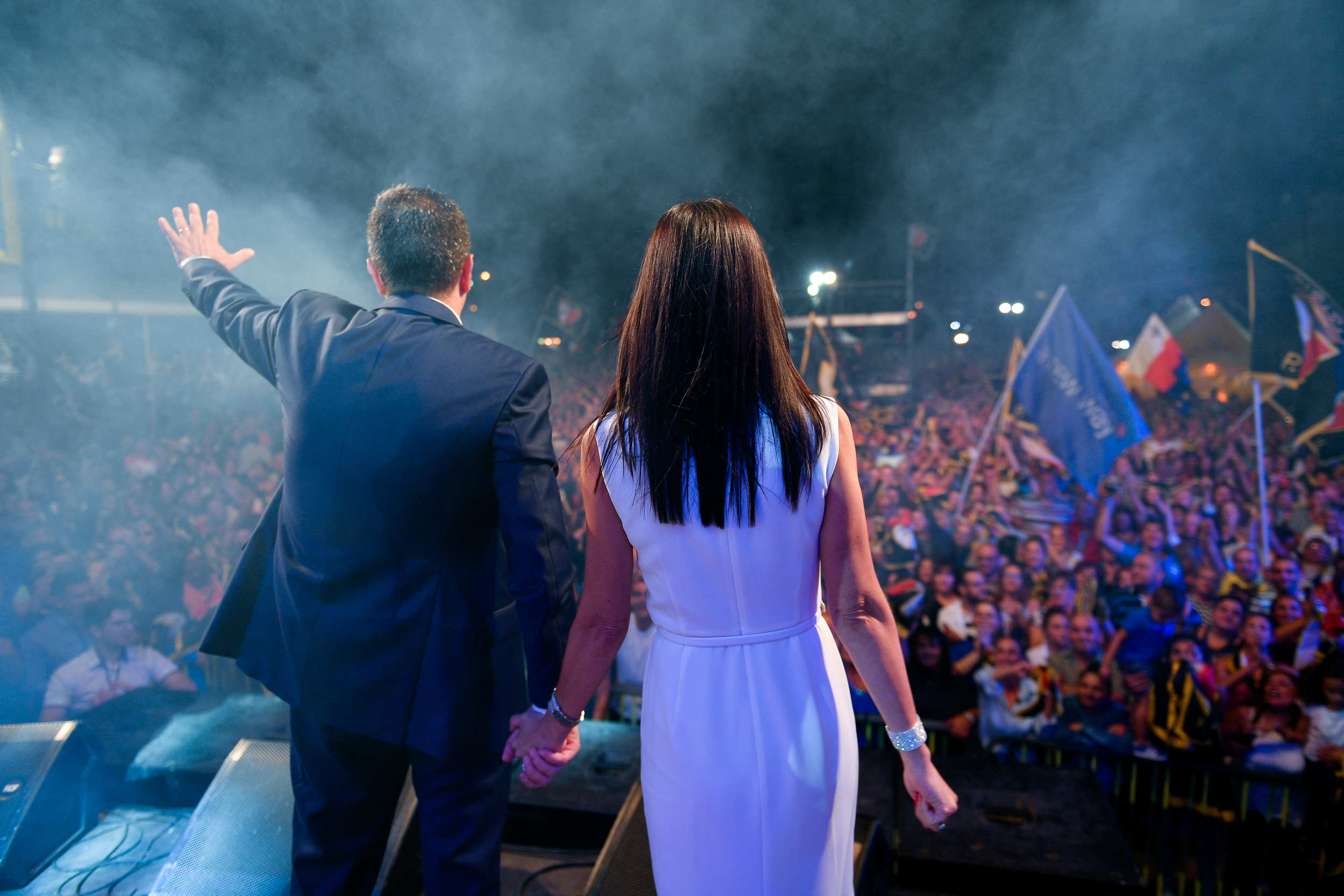 The Court Decree listed the times when these visits were to take place unless both parties agreed on a wider and freer access in the best interest of all children. Newsbook.com.mt is informed that there was an agreement on this wider access so much so that on Friday Delia was in fact seen with some of his children at a local cinema.

According to leaked documents in the media Delia’s estranged wife Dr Nickie Vella de Fremeaux in her attempt to prevent the father from seeing his five children made allegations of domestic violence and child abuse including the allegation that he made one of his sons eat dog food.

Newsbook.com.mt is also informed that two different psychologists interviewed the children noting that they wanted to meet their father and recommended that this would be beneficial.

The group #occupyjustice in a statement “following media reports” demanded the immediate resignation of Dr Delia. They added that because of the allegations of domestic violence Delia is not fit for his constitutional role as Leader of the Opposition and therefore must resign now or be fired.

#occupyjustice in their statement referred to “media reports” but they did not refer to the decision of the Court taken last Thursday.

In a statement, the Opposition Leader said that he is displeased by the allegations circulating on social media. That being said, he followed up by stating that he will not be commenting on his separation proceedings to protect the interests and wellbeing of his children.

Dr Delia also said that he will not give in to malicious attempts at turning what is a personal matter into a political one.

On October 31, 2018 Newsbook.com.mt published a statement by Dr Delia noting that he and his wife were “passing through a difficult period” and asked “for our family’s privacy to be respected, at this delicate moment more than ever.”

“It is true that the right to privacy for public persons is very limited, but despite its limitations, the right still exists as long as private happenings do not adversely affect public duties. This is how we have addressed these issues in the past, and that is how we shall address this case too.”

Readers may legitimately ask why are we then publishing this story.

Since Christmas we noticed what looked like an organised campaign to spread through diverse means the contents of the statement signed by the lawyer of Dr Nickie Vella de Fremeaux which made many allegations about Dr Adrian Delia. Then some of the allegations made their way into the mainstream media and based on these reports the resignation of Dr Delia was asked for.

Without in anyway entering into the merits of the case as the Courts are better equipped than us to do so we believe that in the light of developments the Court’s decision of last Thursday is of public interest.

This article was updated to include Dr Delia’s statement.