A Court has condemned the arbitrary detention of four asylum seekers and has ordered their immediate release.

Aditus Foundation director and lawyer Dr Neil Falzon filed an application of habeas corpus on behalf of the four asylum seekers before the court of magistrates maintaining that their continued detention is unlawful. Falzon also asked for their immediate release.

In their application, the four asylum seekers said that they were not given any reasons for their continued detention which is in breach of their fundamental human rights. Furthermore, they had applied for asylum and their presence in Malta thus was regulated through such an application.

In court it emerged that their detention is the result of a policy adopted by the administration to the effect that when there is no place at the Open Centres, asylum seekers are taking to the detention centres against their will. This arises from the fact that there is no alternative accommodation made available.

The court ordered the release of the four men and condemned the abuse and the authorities’ “farcical” behaviour for depriving them of their liberty in an arbitrary manner without any legal justification.

The request for their immediate release was upheld since their continued detention is not based on any disposition of any law.

Since the government did not offer any accommodation, the court also took note that the the four men will be hosted in a property made available to Aditus Foundation until adequate accommodation is found for the plaintiffs.

Aditus Foundation has welcomed the strong condemnation of the government’s action by the court, adding that the use of ‘abusive and farcical’ describes the human rights mess created by the government.

“Malta refuses much-needed support from the European Union to create more space for refugees, and then locks up people because of this very lack of space. Abusive and farcical indeed,” director and lawyer Neil Falzon noted after the court ruled on the case.

“It is a great comfort for us and for our clients to confirm that justice is indeed possible through our Courts of Law. We will bring case after case until the Government decides to engage in dialogue with us to seek a humane solution to the current crisis.” 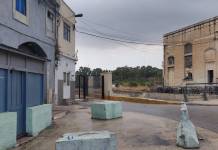