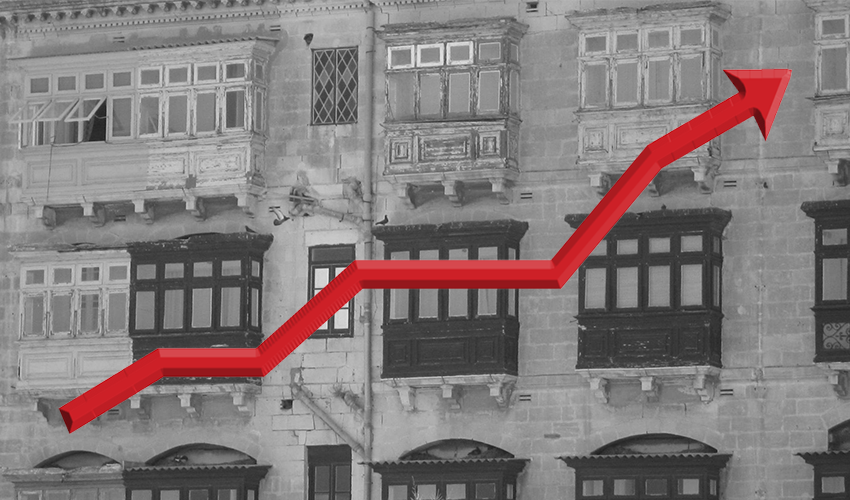 Statistics issued by the NSO show the prices of apartments and maisonette in the first quarter of 2018. This graph, taken from the raw data supplied by the NSO shows a net increase in prices for these two most popular types of dwellings, between 2012-2017.

According to the SILC data, most of apartments and maisonettes have between 4-5 rooms and the NSO data on average annual incomes puts this at around the €18,000 mark. Using the NSO data, Newsbook.com.mt extrapolated the following scenarios.

Certain prices are increasing due to a higher demand – MCCAA

Maltese paying more for petrol before tax than other EU members