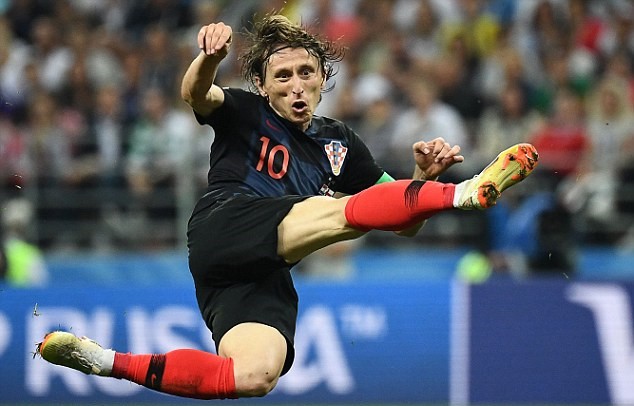 Croatia’s captain Luka Modric has been in outstanding form for his country and has led them to their first-ever World Cup final thanks to a 2-1 win over England.

The former Tottenham Hotspurs midfielder has been a consistent performer for Real Madrid and managed to win three consecutive Champions League trophies. Lionel Messi and Cristiano Ronaldo have won five Ballon d’Or each since 2008 but a win in next Sunday’s final could enable Modric to win the prestigious, individual award.

Croatian striker Mario Mandzukic believes that Modric should also be crowned as the best player of the World Cup, a title that Messi won in 2014, because he has shown unique leadership skills and great determination throughout the entire campaign.