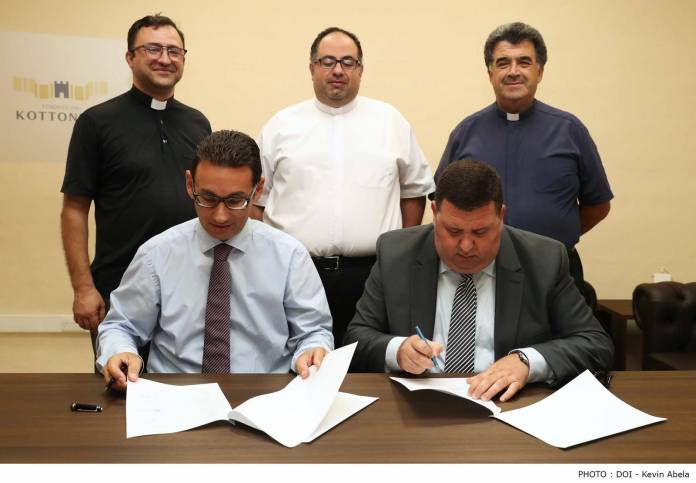 The Three Cities Foundation has signed an agreement with the Church to aid in the organisation of the feasts in Cottonera and Kalkara.

This agreement was signed by the Chairman for the Three Cities Foundation Glenn Bedingfield, and the Administrative Secretary for the Archdiocese Michael Pace Ross. It was signed in the presence of the localities’ religious leaders.

The feasts of St.Joseph in Kalkara, St. Lawrence and St. Dominic in Birgu, the Nativity of Mary in Isla, and the Immaculate Conception in Bormla are the ones to be aided by the Foundation.

Bedingfield stated that following the social distancing measures being lifted, it’s a joy to contribute to such feasts and ensure that people are participating fully. Pace Ross on his end thanked the Foundation and added that feasts should uphold the principles outlined by the Archdiocese. These principles include being thankful, a sense of community, as well as a sense of solidarity.

Religious pilgrimages will be limited to 100 people