Newsbook.com.mt was contacted by many medical professionals and others concerned about public health querying why Prime Minister Abela is resisting the advice of professionals in the field, as well as that of his Deputy Prime Minister and Minister of Health, Chris Fearne, to stop flights from Northern Italy.

It is well-known that medical professions within the Ministry as well as consultants in the Department of Medicine at Mater Dei recommended this ban days ago.

The most recent person to add his name to the list of professionals asking for stopping the flights from North Italy is former Parliamentary Secretary and ophthalmologist Franco Mercieca.

Medical Association of Malta is on the forefront of giving such advice.

Dr Martin Balzan, the head of MAM, told 103 Malta’s Heart special programme on Saturday that Malta was lucky that the first persons that tested positive for coronavirus were responsible enough to adopt self-quarantine. He said that next time we could not be so lucky while insisting over and over again in favour of both cancelling flights from North Italy as well as mandatory quarantine.

Newsbook.com.mt challenged its sources who strongly favour cancelling of flight from North Italy.

The three persons testing positive arrived in Malta from Rome not from North Italy, we pointed out.

Our sources agreed but added: We are reliably informed that the family in question had passed through the Lombardy region on their way to a skiing resort. This they said, proves how precarious is the situation in that region.

“Do you believe that tourists who come from that region would self-quarantine?”, they pointed out.

Our sources added a number of questions:

How many passengers were on the same flight that brought the Italian family from Rome to Malta? Do the Maltese Authorities have the full list of these passengers and the flight crew? Have these people been advised that they were exposed to Covid-19 on that flight? How many people have been secondary victims of this exposure through contact with passengers and crew?

During the Saturday press conference given by the Deputy Prime Minister and the Superintendent of Public Health Prof Charmaine Gauci the fear posed by such questions was played down saying that the child was not symptomatic during the flight. Besides the health authorities are saying that they are trying to find and make contact with all the passengers during that flight.

‘Passengers from different flights are not being separated at MIA’ 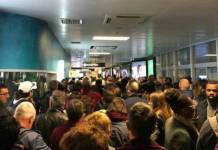 The story behind the ban of MSC Opera

MAM in a statement released Sunday said that “all trade unions and social partners with the exception of MHRA have already insisted to stop these flights.”

Our sources said that there could be a connection between the Prime Minister’s refusal to cancel flights and the position taken by MHRA.

“Could it be that the Prime Minister is hesitant to cancel flights because of the negative effects that such a decision could have on tourism?”, our sources said.

The same sources told us that the Superintendent for Public Health had decided that the Swiss-operated MSC Opera should not be allowed to dock in Malta. Then, our sources added, Government objected to that decision and wanted it overturned although the law gives the Superintendent all the necessary power to take such decisions.

Coronavirus: Cruise liner not allowed to dock in Malta 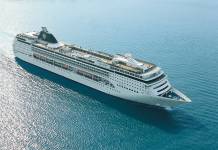 Someone then alerted MAM and the Malta Union of Midwives and Nurses who objected vigorously to the position of the government and threatened industrial action. It was only following this intervention that the Government changed its position.