Dr Martin Balzan, President of MAM, said that during the weekend the union will be closely following the number of new cases of coronavirus. The union will then meet on Monday to review their position. Balzan said that the union would be particularly worried if the numbers remain in the “two hundreds”.

“If there is need for a lockdown”, he said “it would be better to do it now than to wait for an increase in the number of fatalites before declaring it.”

Watch the special edition of Newsbook Q&A here:
WATCH: Coronavirus crisis – What Malta should do? 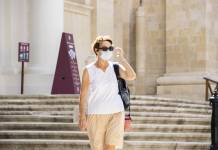 When asked for the union’s position on the proposal that a national health emergency should be declared, Balzan said that if there is such an emergency then Prof Gauci, the Superintendent for Public Health, can decide on her own without the approval of the Prime Minister. According to Balzan it seems that the Prime Minister prefers to have the final word because of the economy.

The head of the doctors’ union said that “it is not fair on Prof Gauci that government changes the proposals of the team she heads but then says that the measures were taken in collaboration with Prof Gauci.”

He added that he is reliably informed that there were occasions when this happened. Asked to give examples he preferred not to go into specifics. 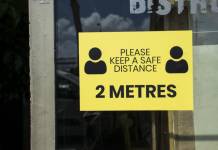 MAM concerned with the lack of leadership; Calls for stricter measures