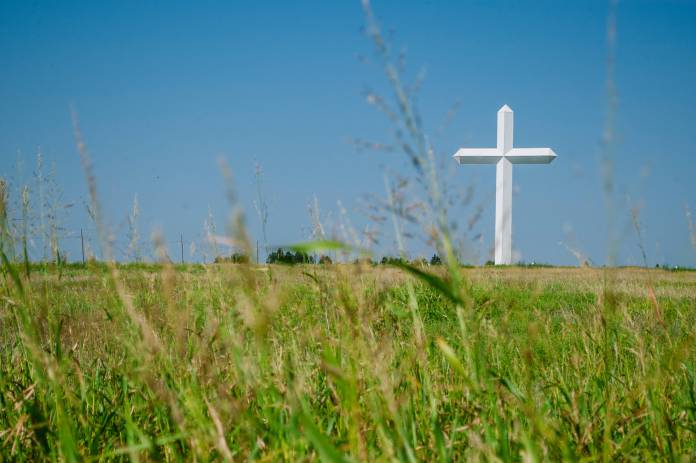 They say that fear is contagious, and so it really is. So is leadership. That can be even more contagious. Pope Francis has been showing leadership during the coronavirus pandemic, and his leadership inspires people and gives them hope.

Everyone is  speaking about how contagious is the Covid-19. And completely justified they are, too. This virus is insidious and lethally catching so much so that it is bringing the world to its knees. Broken dreams, shattered aspirations, ham-strung economies, fractured communities … The list of disasters seems unending.

The contagion of hope

Pope Francis on Easter Sunday had the courage to speak of a different kind of contagion: the contagion of hope. This is not an inane hope based on wishful thinking or an attitude of alienation. This hope which can prove to be more contagious than the virus is based on the Resurrected Christ. Pope Francis reminds us that the Resurrected Christ is also the Crucified Christ. No alienation there. No beating about the bush. No bypassing of suffering and pain. On the contrary this kind of hope looks the pandemic in its very eyes.

Pope Francis is not asking us to minimize the danger or to just say ‘tomorrow will be a better day’. He is saying that today is a tough day. Today the world is buckling under the mammoth burden of an almost invisible virus. The cross trusted upon us is one too heavy for political and industrial leaders, for people common or distinguished, for young and old alike, for poor and rich countries without any distinction.

Thus He not only emphasises us. He shares the same experiences that we are living. He is not distant. He is in the midst of the crisis, suffering, crying, consoling, healing, showing us both His lacerated body but also his glorified one.

There is a poignant scene in Elie Wiesel’s book Night which documents the horrors of the Auschwitz concentration camp.  The terrible scene is of a child who was hanged and was dying slowly as his weight was not heavy enough to break his neck. Wiesel files past him, sees the child’s tongue still pink and his eyes clear. Where is God? someone asks angrily.

Wiesel writes that he heard a voice within him: “Here He is – He is hanging here on these gallows.” The book is replete with this painful dichotomy of an absent, but at the same time, present God. In his acceptance speech at the Nobel Peace Prize ceremony in 1986 he said that “It seemed as impossible to conceive of Auschwitz with God as to conceive of Auschwitz without God.”

In the same way one can say that it is impossible to conceive of the pandemic with God as to conceive it without God. Faith helps us in this conundrum. We now experience the Crucified Christ. But the Pope quite rightly pointed out that the Resurrected Christ will once more have the final word.

Resurrected Christ is the final word

Will we hear and embrace that word?

The Pope is telling us that this is possible.

Towards the end of the book Night, Wiesel described another touching scene. This happened in a dark room where the dead, from cold and starvation, were heaped on the living, close to desperation. Then he heard a fellow prisoner, Juliek, playing on his violin a fragment from Beethoven. That “concert given to an audience of dead and dying men” remained with Wiesel all his life as a beautiful and overpowering testimony of men’s indomitable spirit and of the presence of a pure and lovely grace.

A similar hymn praising hope comes from Guido of La Vita e’ bella.  Goodness and hope exudes from this exquisite Christ-figure. When Guido managed, for example, to commandeer a microphone he urged his wife: “… do not lose heart… the good in life is worth fighting for… the good in life will prevail.”

The Crucified Christ present during the pandemic will resurrect once more and with Him all humanity as well.

Shroud of Turin on TV and social media for veneration