The closure of all its heritage sites due to the coronavirus outbreak have left Heritage Malta with a budgetary shortfall that will see it struggle to cover its employees’ salaries, Culture Minister José Herrera said.

The minister was answering parliamentary questions when government MP Anthony Agius Decelis asked about how the government was planning to make up for the loss of ticket sales.

All sites managed by Heritage Malta were closed until further notice on 14 March as the first coronavirus cases started to be registered in Malta.

Though Heritage Malta does receive government funding, it is nevertheless heavily reliant on ticket sales, which account for more than half of its revenue. It earned some €8 million through ticket sales last year.

The agency is also responsible for the conservation of heritage sites, and Herrera explained that restoration efforts have not been affected by the outbreak as they are financed through government and EU funds.

But the salaries of those who man its sites and deal with visitors are another matter entirely, according to the minister.

Herrera said that the government was seeking to identify new streams of revenue for the agency, including online.

Heritage Malta has gone increasingly online last week, when it live-streamed the phenomenon which takes place at Mnajdra during the spring equinox.

It also collaborated with Google Arts and Culture to provide internet users with the opportunity to virtually tour a number of its sites. 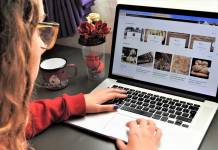