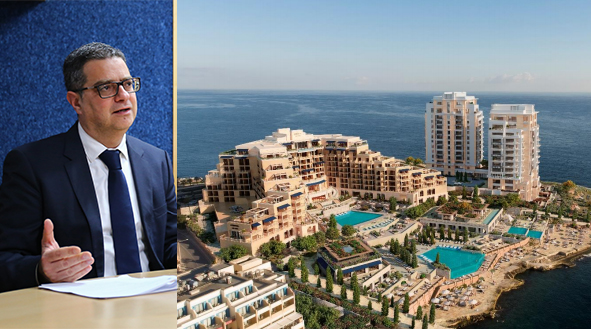 The transferring of land to the Corinthia Group will be discussed in a parliamentary meeting on the 4th February after the initial meeting which was meant to b held yesterday was postponed as a result of pressure by the Partit Nazzjonalista.

In a statement, the PN said that after Leader Adrian Delia pushed against this agreement, the members of the National Audit Office were informed that the meeting was meant to happen yesterday, but will instead be held on Monday 4th February.

According to the PN, the Opposition had confirmed with Deputy Prime Minister Chris Fearne, who leads said committee, for the meeting to happen yesterday but the meeting was only proposed after pressure by the Opposition.

The Opposition already declared that it would be voting against the Government’s proposal during the meeting. Reason being that the PN insist that the issue be discussed in Parliament prior to the Committee so that the people can be better informed of the terms of the agreement.

Watch: Price of land for Corinthia Group too low – Delia

“While there are people without a roof over their heads, those working hard to buy a house and can’t, those borrowing money for a home and the bank not giving them money, and those those who want to rent but can’t because of rent prices, the Government decided to give public land at a low price to the private sector for speculation and earnings from development.”

The PN said that Tourism Minister Konrad Mizzi, who is responsible for the agreement, wanted land worth €800 million to be sold off for only €51 million.