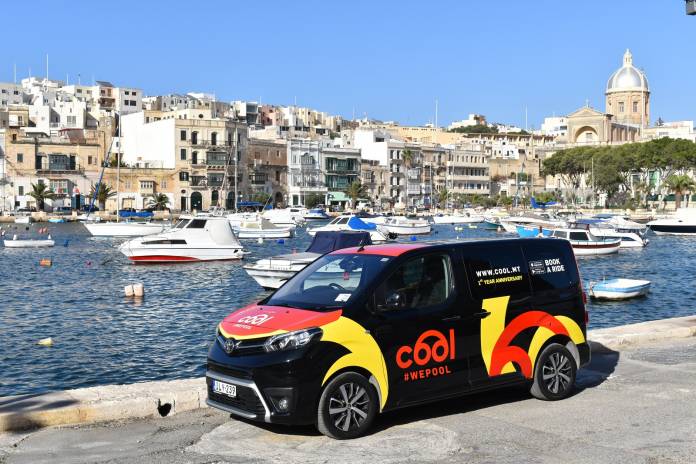 Ride-pooling company Cool is today celebrating its first anniversary, a year in which it began to transform mobility in Malta. Community members of all ages are using Cool and are very enthusiastic with its addition to the Malta’s transportation network.

The ride-sharing company has been an instant hit on the island as the number of customers grew exponentially as the service was extended to cover the whole country. The service has delivered a multitude of benefits, ranging from independence for youths and senior citizens, a greater sense of safety for women, and a reduction in traffic congestion from riders who have shifted from driving alone all hint at the success of Cool in Malta.

Laura Jasenaite, Cool’s CEO said: ‘’We’re very happy to see how the local population, notoriously in love with their personal vehicle, has welcomed the idea of shared transportation. People are embracing the idea of reaching their destination without travelling alone and without the hassle of looking for parking. By eliminating single-occupancy vehicle trips, we reduce both traffic and Malta’s primary source of pollution – vehicle emissions’’.

Data collected by Cool in its first year of operations shows that its high rate of sharing can reduce traffic in Malta by 15% to 30%. In its first year of service introduction, Cool has saved Malta’s infrastructure from over 450,000 vehicle kilometres that would have otherwise been travelled by single occupancy vehicles. This has resulted in a reduction of 100,000 kg of CO2 from being dispersed in the environment.

Geoffrey Debono, CEO Debono Group recalled that the decision to launch Cool in Malta fit perfectly within the company’s mission to redefine the mobility landscape in Malta. “Surely we all agree that one of the upsides of the recent pandemic was the ability to appreciate what traffic-free roads in Malta look like. Our appeal to government is to fight the prevailing single-occupancy trend and accelerate a modal shift towards smart and sustainable mobility’’.

The company is celebrating this milestone with a specially branded van, with customers who happen to be on a trip on this particular van, will be getting to their final destination with some special goodies marking the occasion.

Actions local businesses are taking in these difficult times