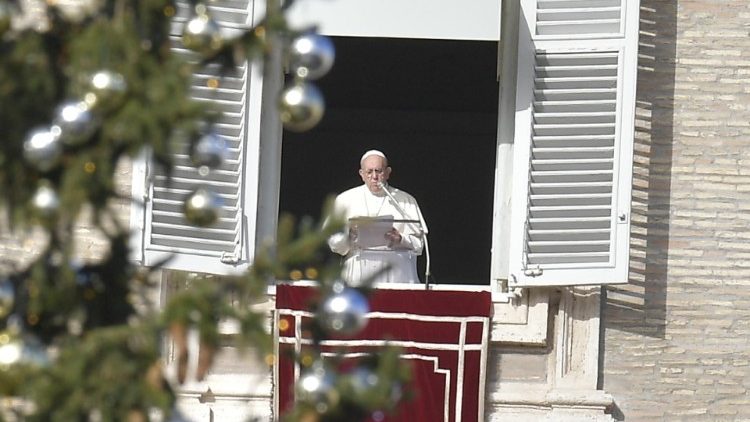 As expected, Pope Francis is dedicating his Angelus Reflections to Advent, the time Christians prepare themselves to receive Jesus Christ. The second Sunday of Advent teaches us that conversion is the way to wait for the Lord’s coming, he told the faithful  gathered in St Peter’s Square, last Sunday.

Pope Francis called John the Baptist “a guide” for our conversion journey. Luke’s Gospel presents him going throughout “Jordan, proclaiming a baptism of repentance for the forgiveness of sins” (Luke 3:3). Luke understands that John was the fulfillment of Isaiah’s prophecy of paths being made straight, valleys filled in and mountains being brought low.

The Holy Father explained that the Baptizer’s call is essentially the awareness of “the need of conversion”. It is the valley of coldness and indifference that we need to fill in by “opening ourselves to others” like Jesus did, being attentive to our neighbor’s needs. It is the mountain of “pride and haughtiness” that needs to be brought low.

This is done, the Pope said, through “concrete gestures of reconciliation with our brothers and sisters, asking forgiveness for our faults”. Conversion is only complete, he said, with the “humble recognition of our errors, infidelities, and failures”.

John the Baptist’s invitation to conversion was strong, vigorous and severe, yet tempered by actions that communicated tenderness and pardon. Thus he reawakened the expectation for the Messiah in the multitudes of people who came to him for his baptism of repentance.

The believer lives with Jesus as the centre of their lives, Pope Francis continued. With “His word of light, love and consolation” we who are Jesus’ disciples today “are called to be his humble and courageous witnesses to rekindle hope, to make it understood that, notwithstanding everything, the kingdom of God continues to be built day by day by the power of the Holy Spirit”.