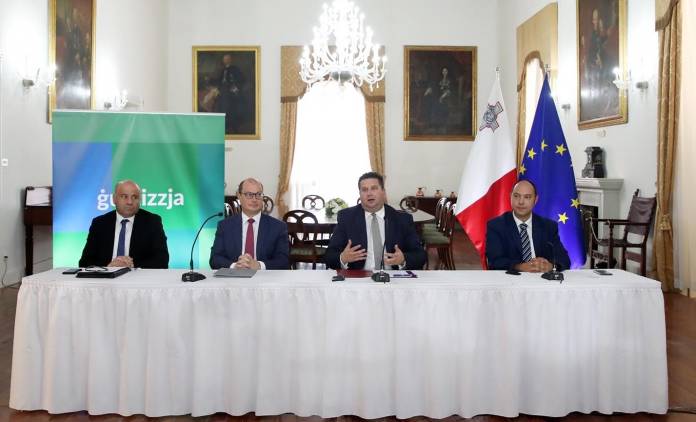 A public consultation which will be overseen by the European Commission for the Efficiency of Justice (CEPEJ), in order to conduct a digital strategy and an action plan has been launched by the Ministry for Justice, Equality And Governance together with the Parliamentary Secretariat for European Funds, during a press conference.

The main objective for this strategy is to strengthen the use of technology in the justice system, for it to be more efficient and accessible to all.  During this consultation, which will be conducted over a year, CEPEJ will be consulting over twenty entities related to the judicial sector of our country.

Following the closure of the consultation process, the digital strategy and action plan will be drawn up.

The document will be passed to the Ministry for Justice for implementation.

Minister for Justice, Equality and Governance Edward Zammit Lewis highlighted the importance of an efficient justice system. He emphasised that if justice is delayed, justice is denied.

Parliamentary Secretary for European Funds Stefan Zrinzo Azzopardi explained that this is not the first project financed by European funds which will be promoting further digitalisation in the judicial sector whereby earlier this year there was the launch of the website legislation.mt.

The press conference was also addressed by the Director for the General Directorate for Structural Reform and Support, Kasper Richter and the CEPEJ Executive Secretary, Muriel Decot.

They both said that this initiative will effectively lead to more accessible justice and explained that the Commission will be working on similar systems in other countries, to establish best practices for our judicial systems across the European Union.