Government and opposition MPs have failed to reach agreement on proposed constitutional amendments which are set to be voted upon on Wednesday, suggesting that these reforms – concerning the appointment and potential removal from office of the President and of members of the judiciary – will ultimately fail to pass.

The amendments, which were discussed in a two-hour meeting of the Consideration of Bills Committee, were approved in their second reading in Parliament along party lines. But since they amend the Constitution, they will require a two-thirds majority in the third and final reading. 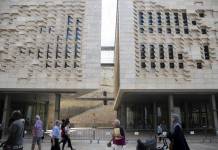 Among other things, the bills propose that the President and the Chief Justice would require a two-thirds parliamentary majority in Parliament to be appointed. But the proposed anti-deadlock mechanism would see an absolute majority of MPs suffice after two unsuccessful votes, and the bills do not explicitly prevent the government from presenting the same candidate over and over.

Justice Minister Edward Zammit Lewis highlighted that the disagreement between the two sides was not one of principle, but concerned detail. But ultimately, neither side was willing to budge, and the controversial clauses will now be voted upon in plenary. These votes are set to take place on Tuesday, a day before the final vote on the amendments.

In spite of the disagreement potentially sinking his proposed reforms, Zammit Lewis made a point of thanking all MPs involved – including opposition ones – at the end of proceedings. The meeting was ultimately a cordial affair, with the two sides agreeing on most of the details, though the disagreements remain crucial.

Ombudsman reform ‘going a step back’

The reforms, introduced in the wake of a damning report by the Council of Europe’s Venice Commission on the state of the rule of law in Malta, are being presented in a series of 10 bills, of which just four have been debated in Parliament.

But PN MP Chris Said, the party’s spokesperson on constitutional reform, emphasised that one of the reforms yet to be discussed – concerning the Ombudsman – actually represented a step back through its inclusion of the same anti-deadlock mechanism.

At present, the Ombudsman requires a two-thirds parliamentary majority in any circumstance, and Said emphasised that Parliament had never failed to appoint an Ombudsman – or an Auditor-General using the same method.

He insisted that by the same token, other senior posts should also require a two-thirds parliamentary majority in all cases.

Zammit Lewis highlighted that earlier this year, government and the opposition had reached consensus on the appointment of Mark Chetcuti as Chief Justice, but Said argued that this proved his own point.

Said also argued that the government’s decision to propose the controversial mechanism was a red flag, and fellow PN MP Carm Mifsud Bonnici highlighted that the mechanism would emphasise that ultimately, consensus would not be necessary.

“Once you introduce this mechanism, you place the government in a position where it no longer needs to make an effort to appoint someone who enjoys the trust of the entire nation,” he warned.

The PN’s justice spokesperson Jason Azzopardi emphasised that he did not doubt Zammit Lewis’ good intentions, but said that no one could vouch for whoever would succeed him. But Zammit Lewis insisted that any such abuse would be met with political consequences.

The third proposed constitutional amendment – primarily governing the potential removal from office of members of the judiciary – does not include the anti-deadlock mechanism. But the PN nevertheless objected to a number of clauses.

One of these clauses highlights that the Attorney General could only be removed through a two-thirds parliamentary majority, giving the holder of the office security of tenure, but Said objected as he argued that the AG should also require a two-thirds vote to be appointed.

Said highlighted that once the role of State Advocate was separated from that of Attorney General, there was no reason why the government should retain the power to appoint the latter.

The proposed law also highlights that the State Advocate should require a two-thirds vote to be removed, but in this case, Said noted that in this case, a simple majority may be ideal, since the position effectively serves as the government’s lawyer, and must therefore enjoy its trust.