Independent candidate Arnold Cassola asked if Maltese money was used to finance the war for Azerbaijan in the recent war in the Nagorno Karabakh region. Reports revealed, he said, that Socar, the Azeri state-owned energy company, had an important role in financing the conflict.

Nagorno Karabakh is a region within Azerbaijan where the majority of it’s inhabitants are Armenians. It is independent since 1994, however, the conflict escalated again last September, following a 6-week war a cease fire was signed with considerable territory gains for Azerbaijan. 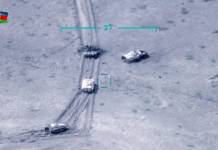 Swiss journal, La Tribune de Genève, revealed how Socar Switzerland helped financing the conflict, including purchasing weapons from Turkey and Iran. However, Socar is a consortium partner in ELectrogas which operates the Delimara power station, and Cassola raises the question if we have jeopardized Malta’s ‘neutrality’ status by supporting the war against Armenia financially.

“Maltese are being robbed million of Euros per year from Yorgen Fenech’s ELectrogas and Socar. The extra million forked out every year are they being used by Socar and the Government of Azerbaijan to finance the war against Armenia?” Cassola asked.

“Are millions of Maltese Euros being used by Socar and the Azeris to kill Armenians and other people? Does the money that goes to Socar constitute going against Malta’s constitutional clause on neutrality?”

Cassola in this regard asked the Government and the Public Accounts Committee that are investigating Electrogas to provide a breakdown on how the Maltese money that went to SOcar was used.

“We need to assure that the tens of millions of Euros that were taken from us by Konrad Mizzi and Joseph Muscat are not becoming blood money and killing people in the Nagorno-Karabakh region,” concluded Cassola.

The Electrogas deal has been in the midst of controversy. The Parliamentary Opposition has requested the Electrogas power station to be discussed in Parliament’s Public Accounts Committee following the report by the Auditor General. 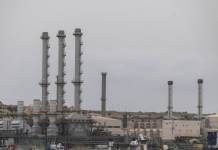 The police should start prosecutions for perjury – Cassola

State witness will only testify after psychological evaluation is concluded