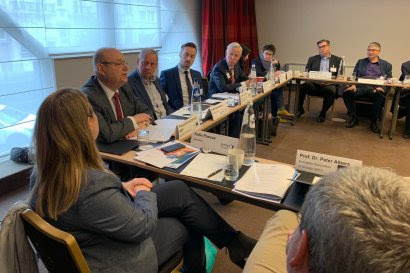 MEP Francis Zammit Dimech said the Council Recommendation on Cancer Screening of 2003 needs to be revised, and should consider “the introduction of prostate cancer screening along with that for breast, cervix and colon”, as science and knowledge has progressed.

He said this during the Prostate Cancer Europe Roundtable that was organised by the International Centre for Parliamentary Studies (ICPS). Zammit Dimech also added that due from prostate cancer have been linked to lack of awareness which needs to be tackled through educational campaigns and the promotion of healthy lifestyles.

The roundtable was organised to analyse the current policy framework of prostate cancer in the EU and member states, to discuss improved prevention, early diagnosis and treatment and promote research and drug development.

According to the European Association of Urology, prostate cancer is one of the most common cancers effecting men across Europe, with 417,000 new cases and 92,000 deaths each year. In the past year, Malta has recorded 293 new cases and 43 deaths related to prostate cancer.